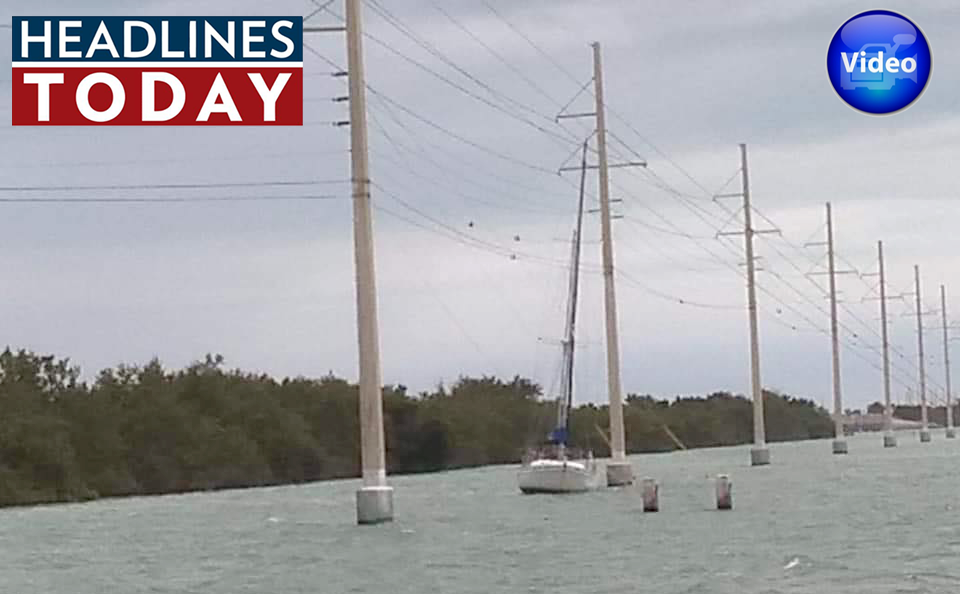 Thousands of people in the Florida Keys were briefly without power on Tuesday after a sailboat knocked down a power line.

Keys Energy Services said that all of its customers were without power around 5 p.m. ET. The company, according to its website, has more than 28,000 customers and serves the Lower Florida Keys from Key West to the Seven Mile Bridge.

The company said in a Facebook post that a sailboat struck a power line roughly 12 miles south of Tavernier, which is on Key Largo, the Keys' largest island.

Around 7 p.m., the company posted a photo of the sailboat "that triggered the systemwide outage."

The company states online that they import "nearly all of its power supply and uses local generation for emergency back-up only." The company "relies on power from the mainland because it is far less expensive than local generation."

As of 6:47 p.m., "the boat was cleared from the lines and power restored to all affected customers," officials said. 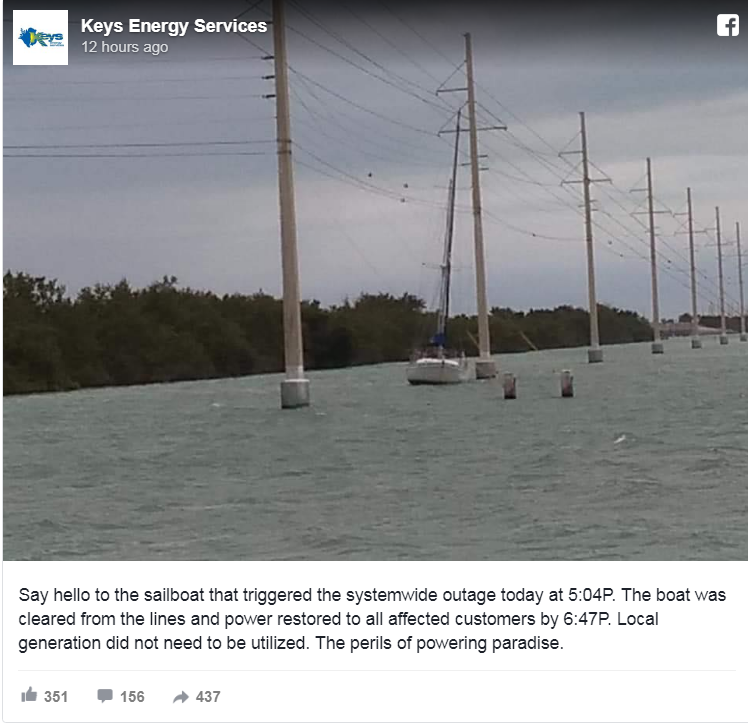 Not the first time this happens... back in August a  sailboat touched a power line  near the Seven Mile Bridge in Marathon, knocking out electricity for Lower Keys residents for 15 minutes.

The captain’s mishap caused the boat to hit the transmission line, or tieline, near the north side of the bridge, but no injuries were reported.

Power was out for all of Keys Energy’s 29,000 customers