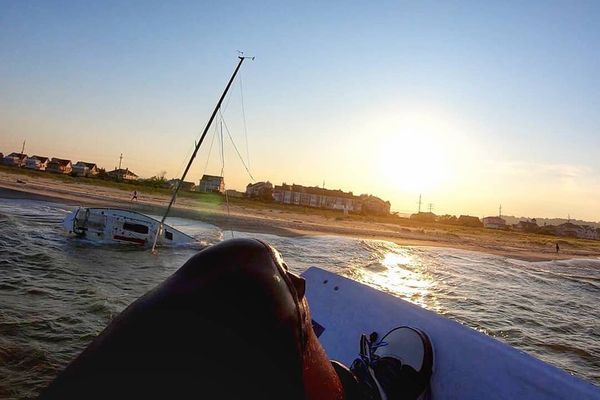 The  30+ foot sailboat “Joyeux” was abandoned on June 19. Its owner was sailing from Maryland to Brooklyn

when the boat ran up on a sandbar a little after 12 a.m. and he had to be rescued by members of the Sea Bright Fire Rescue Squad.

Legally, boats can be abandoned in cases of emergency without any consequences. According to the New Jersey Motor Vehicle Commission’s website, if “a municipality locates a vessel partially or completely submerged or grounded on its beaches, roads or waterways” this can permit a vessel to be legally identified as abandoned.

Now, the borough — and its taxpayers — are footing the bill for the boat’s removal.

“We tried removing the boat on Thursday but the high tide created a removal issue so we had to stop,” a representative of the Sakoutis Brothers Disposal Company said on Monday. “We are going back out there later on today. If the tide does not get in the way again, we would like to have the entire boat removed by the end of the day.”

The site has turned into a hotspot for photographers to go and have some creative fun with the town’s newest guest.

Local photographers and beach-goers have shared some of their images of the boat, including a video of a man kite-boarding around the sailboat. 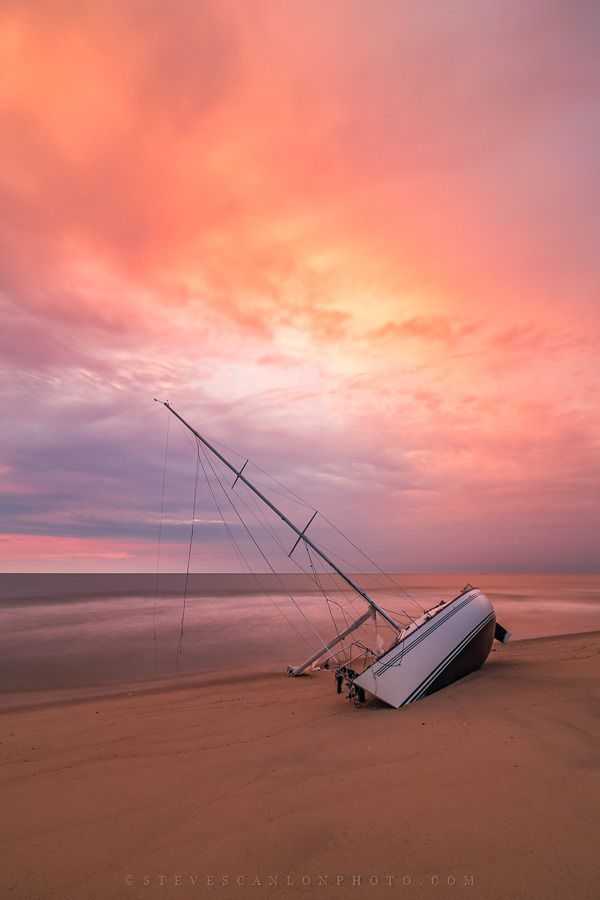 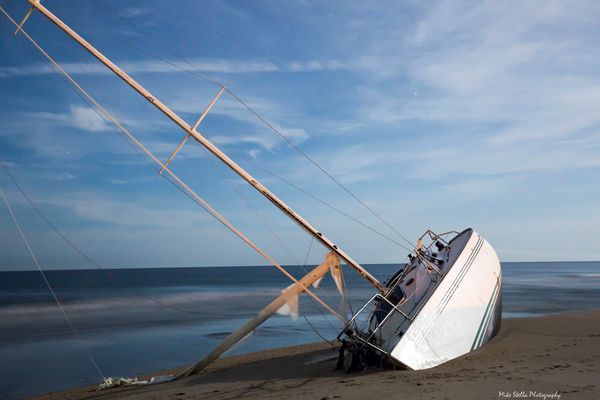 There was also a YouTube video created by a man who goes by “SaltLifeofJohn” around his kite boarding experience with the sailboat.