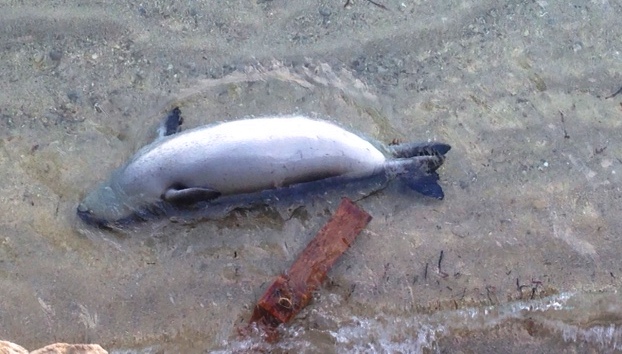 One more Mediterranean monk seal was found dead, near Fiskardo of Cephalonia (Kefalonia) in the Ionian Sea.

Spain, France and Italy, where the Mediterranean monk seal populations have been declared extinct for decades, local stakeholders are making a great effort aiming to encourage potential natural reintroduction of this rare mammal in their waters.

In the meantime, in Greece the inefficiency of the on-going conservation effort is a sad fact.

Greek sea areas are fortunate to include  the last major remaining Mediterranean monk seal population in the world.

However, we insist to treat this rare population with complete disregard.

The deliberate killings continue throughout the Greek coastline: Only the last 14 months, Archipelagos Institute recorded six dead seals (of which at least two were killed by dynamite)!

Its also important to note that the mammals that are found dead are only a small percentage of those killed, as most of them end up in inaccessible coast areas.

Don't see your favorite article? Show us by creating one.

Onboard Lifestyle added a video. 14 hours ago

Terence Dins has a new avatar. 16 hours 57 minutes ago