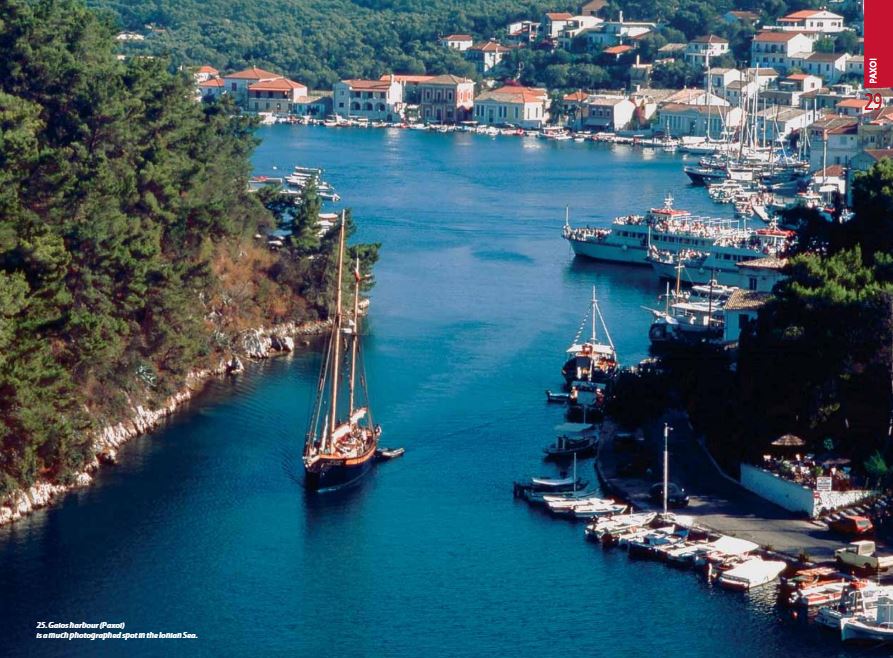 The Ionian Islands have a

temperate climate, seawaters as deep as they are refreshing, verdant mountains, a rich cultural heritage and a carefree spirit; the ideal combination for your sailing holidays during which you will enjoy a well-developed sailing tourism infrastructure, hotels, restaurants, water sports centres, cultural events and numerous sights, historic monuments, and museums.

Scattered along the mainland’s western coastline of Greece, the Ionian Islands are a cluster of 12 large and small islands covering an area of 2,200 sq. km.

The small ones are Antipaxoi, Ereikoussa, Mathraki, Othonoi, Meganisi, Kalamos, Kastos and Strofades isle group south of Zante. Together with Kythira and Antikythira (both at a distance from the rest, opposite southern Peloponnese and Laconia’s coastline) they form Eptanesa (meaning Seven Islands).

It also accounts for the sea depth in the area, reaching 4,406 m., registered as the greatest in the Mediterranean.

Their mild, temperate climate makes them the ideal choice for vacation or permanent stay.

In the wintertime, the mainland’s mountains buffer the bitter northern winds blowing to the direction of the islands while the hot summer weather is tempered by the mild northwestern meltemia winds and the sea breeze.

The area’s air currents have turned many of the Ionian Islands’ beaches into worldwide known destinations for windsurfing.

The Ionian Islands have been inhabited since the Paleolithic times.

Since then, numerous invaders and cultural influences have left their stamp on the islands.

In 1204 the Franks seized Constantinople and the Ionian Islands, part of the Byzantine Empire until then, were ceded to the Venetians.

Venetian rule led to the formation of local nobility, whose register remained in effect as late as the 19th century.

From the time of Frankish rule until 1864, when the islands became part of Greece, power changed hands a number of times.

European presence on the islands, concurrently with Ottoman rule in the rest of Greece, led to significant intellectual activity that is manifest in the islands’ architectural tradition and charming cultural traits.