Family of 13 loving their life aboard a Sailboat 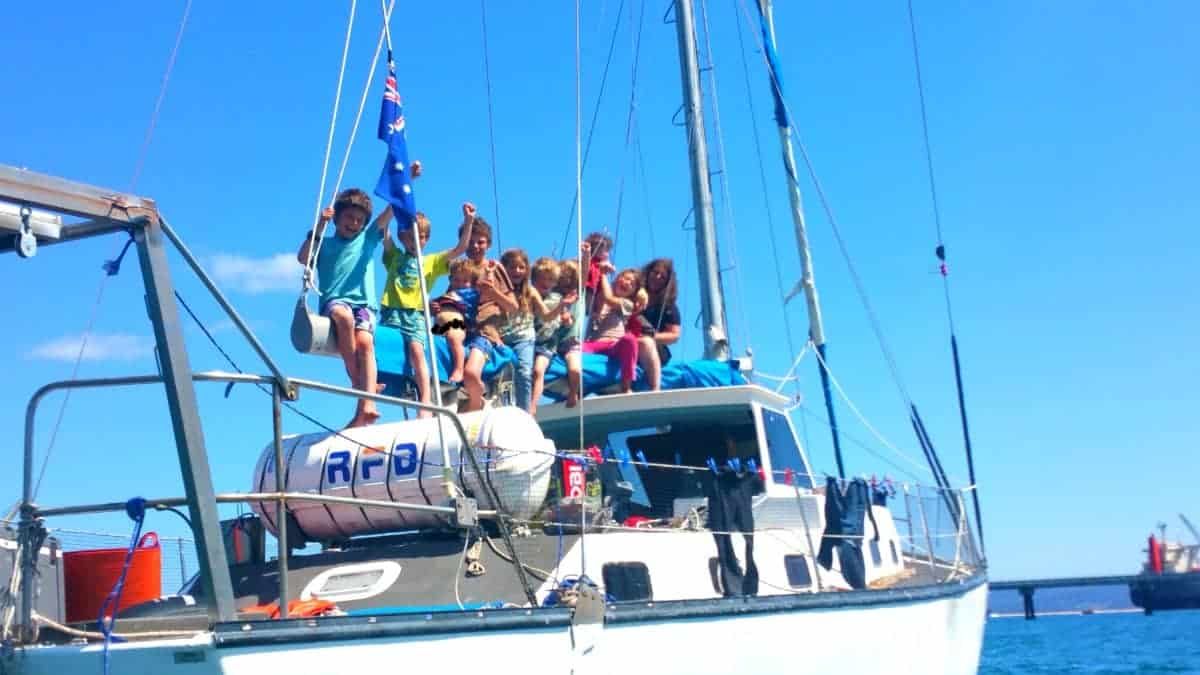 Beccie and Steve were farmers in Tasmania, off the coast of Australia, when they decided to look for a better life.

They always had to tend the flock and couldn’t go far from home, so drastically changed their living situation by moving aboad a sailing yacht.
They purchased a 43′ Roberts Mauritius sailboat and moved their entire large family aboard.

“We had never been sailing before and it’s not in our families,” said Beccie. “We just realized it was the best way for a family as large as ours to travel. To learn, I went on a small sailboat race in Hobart, Tasmania, which was fun. Steve went on some overnight sailing lessons but that was the extent of our learning. The rest was done on the go.” 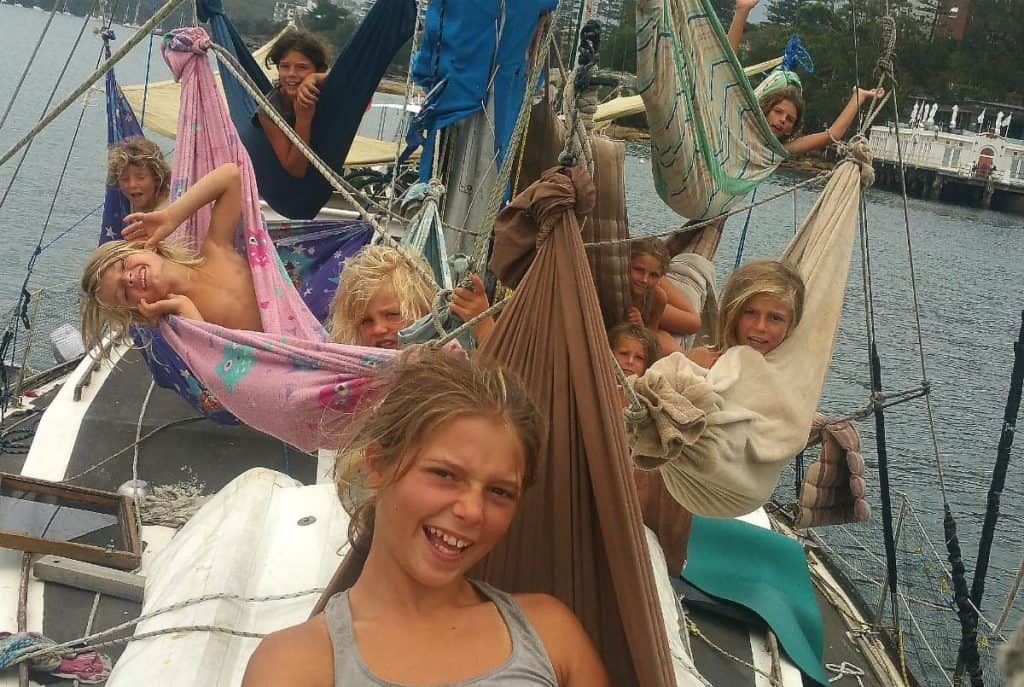 The family sold all their stuff and moved aboard with 10 kids at the time. Number 11 was born into the sailing life.

Squeezing such a large family onto a narrow, monohull sailboat wasn’t the easiest thing in the world for the family. They had to adjust to the lack of space, lack of a yard to run and play in.

“It was tricky at first as we were all settling in,” said Beccie. “We would always be on top of each other as we were used to a big house. The best thing was that it was summer, so the kids went swimming a lot. We had our car in the area, too, so took trips out of the small sailboat which also helped. But now, we’ve been on the sailboat for a year and are sailing up the coast, and we are all used to it. It’s our normal now.”
She said living on the sailboat has been really great for the kids so far, which range in age from newborn to 14 years.

“When we were farmers in Central Tasmania, we were surrounded by a community of only about 100 people,” she said. “It’s not very multi-cultural. Now, the kids have met so many different people from many cultures and they love it.”
Also, the kids have learned so much on their sailing adventure.
“The kids have seen whales, dolphins, seals, penguins, stingrays, numb rays and many more animals,” she said. “They’ve gained an understanding of the ocean and weather. We have taught them about cloud formations and they have taught us about the tides. They have taught us about the theory of sail trim and we have taught them how to read the wind on the sails. The oldest four have taken three hour night shifts and they are learning to keep watch.” 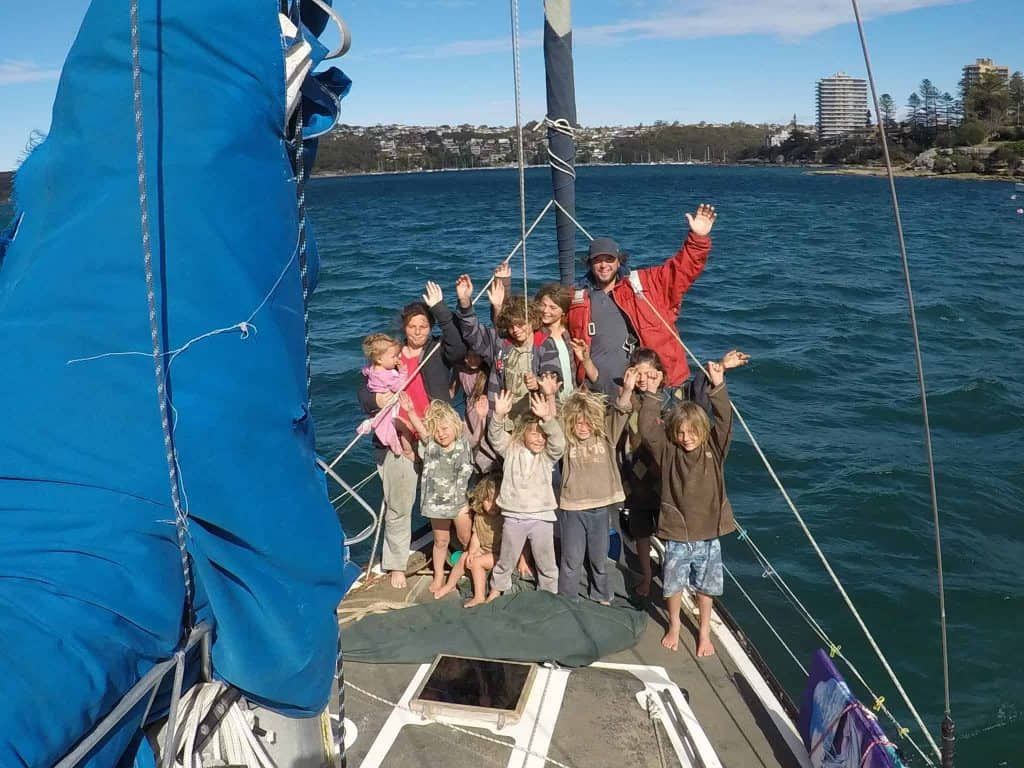 The family is also learning about star formations, how to read the sky and navigate by sextant. The kids know how to listen and communicate via marine radio, and have learned about motors and wiring from their dad. 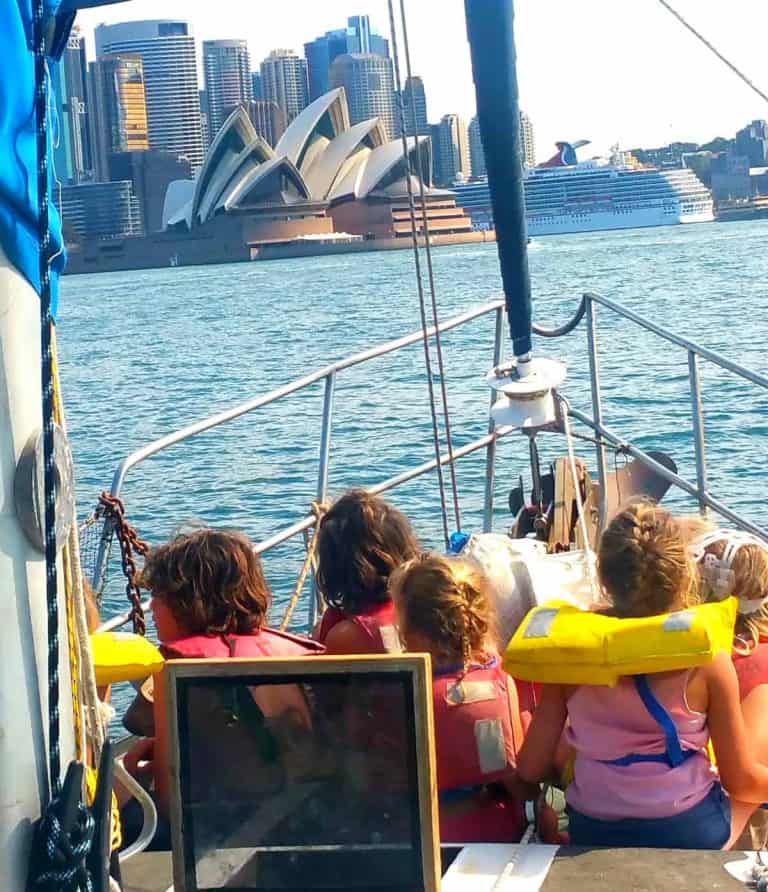