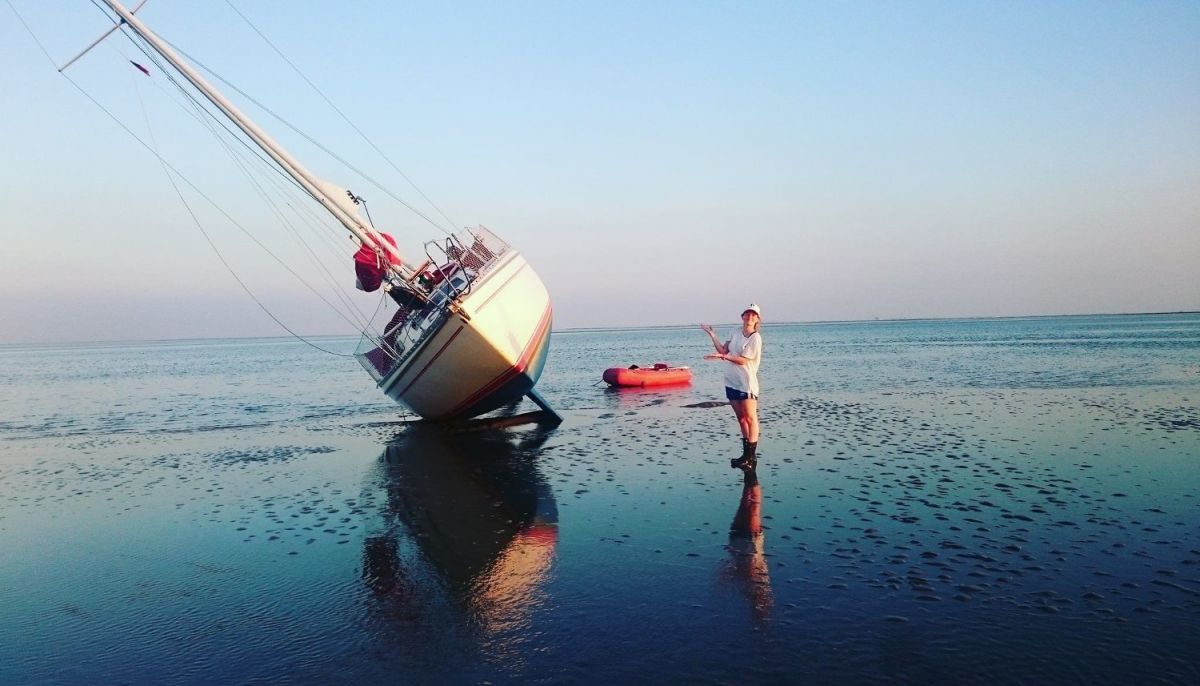 on her little sloop SNUPPA, bound for Australia. Self-taught at ocean sailing, Oda learned the hard way, getting badly beaten up on her first Bay of Biscay crossing, even needing to call the coast guard for help, and tearfully sharing some emotional moments with the crew who came to her rescue.

The experience didn't discourage her though - on the contrary. Oda despite her youth, is wise beyond her years and can teach us all a lot about patience, perseverance, and the passion to follow your dreams. 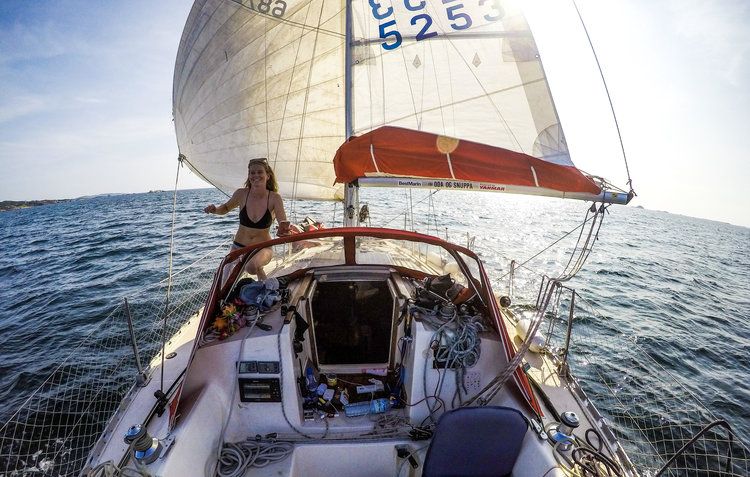 The film student from Bergen is at the start of his life's voyage - from Norway to Australia with the sailboat «Snuppa». On Tuesday she really got to know the ocean's whimsical nature on the body when she tried to seek shelter from bad weather in the North Sea by the East Frisian Islands. 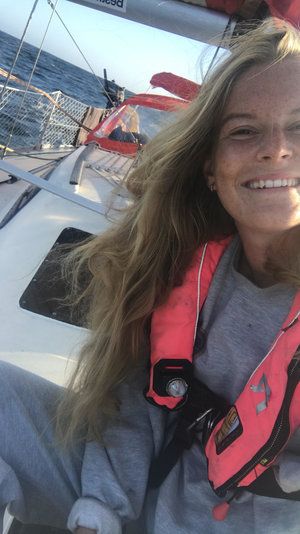 The sea chart showed less than a meter of water depth, but the German harbor office said that it was no problem going through the Netherlands when it is high tide. It was just starting one half and getting through in four hours. We "groaned" with the engine to pass before the low tide came, Taule says. 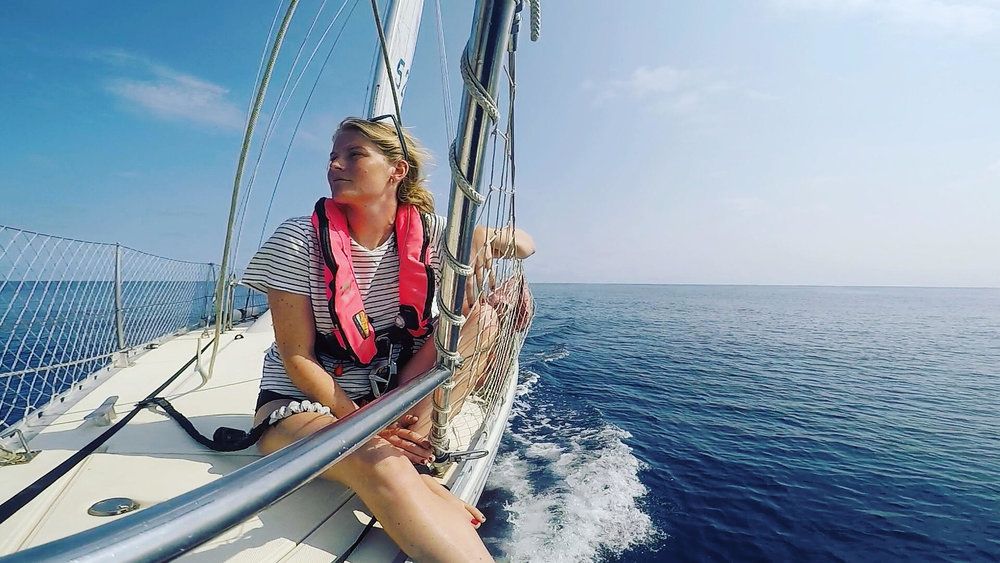 The goal for the freshman is to reach Queensland in Australia. With her on the stage to France, she has the Danish psychology student Martha Slot Thorvald (21). Together they found that the shortcut was not so fast anyway.

- It went fine two-thirds of the trip. Then the depth gauge began to disconnect. I went down to fix it, and while I was there, we were suddenly due. I ran up and tried and backed us out, says Taule, who experienced the situation as highly dramatic. 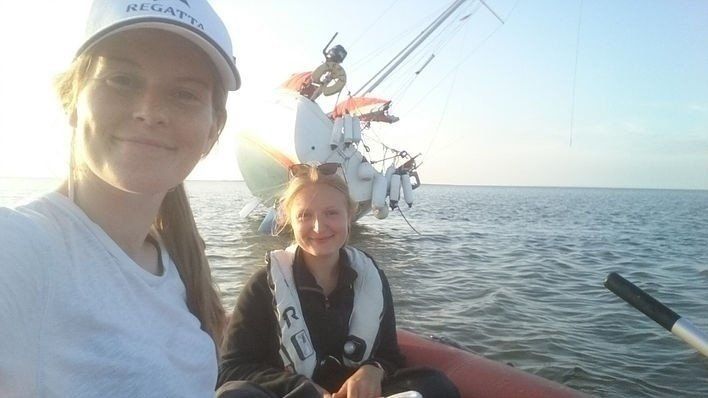 The sea gulls had hit a sandbar by the German island of Norderney, just off the border with the Netherlands.

- We came no way. Two old Dutch sailing ships came away and tried to pull us in all directions, but they had to give up and leave us before the tide disappeared. 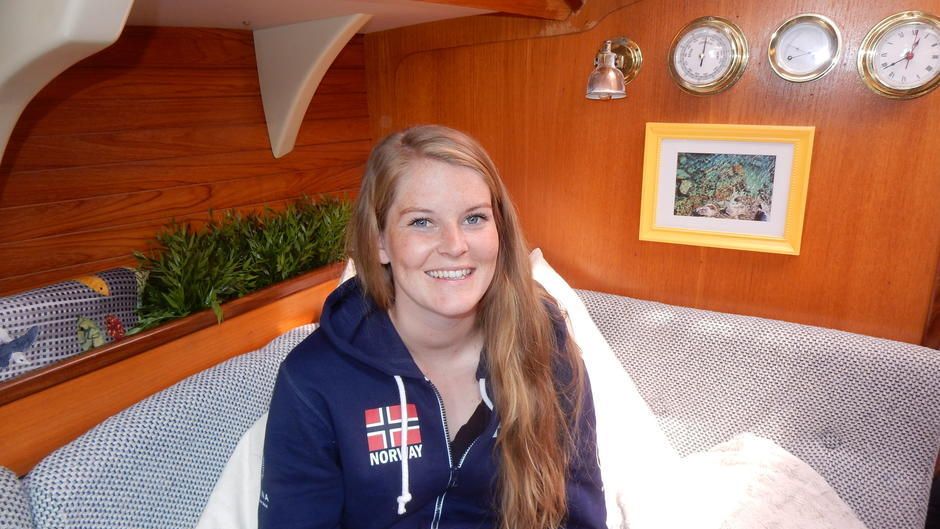 We just had to wait for the water to disappear and the boat topple over. We didn't know what to do. I called family and sailing friends and asked for advice, says Taule.

Confessors who had been in similar situations could tell her that the boat could lie on the ground without harming it.

- Then I became much quieter. We got pumped up the rubber boat as a kind of lifeboat and packed emergency bags with everything you needed. Food, water, beer, cheese pop, liquorice and chocolate, laughs 23-year-old.

The coastguards in Germany and the Netherlands were ready in case something went wrong. With about 11 hours until the tide came back, the two shipwreckers had to settle in their new surroundings.

- We fried sausages and made the rubber boat cozy with pillows and blankets. After planning and preparation were done, we were just in the inflatable boat on the sandbank and drank beer, ate cheese pop and had laughter cramp, says Taule.

- It was a completely deserted beach with just us and great starry sky and sunset. We talked about how wild the situation was. It was surreal, nice, nice, cool and all at once. If this goes well, we are very happy that it happens, we thought. 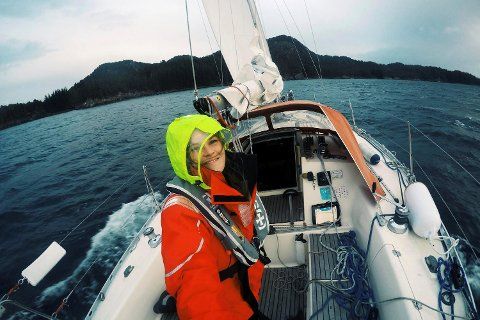 
The tide came back during the night, and when the boat was almost straight, the two went aboard.

- We spent two hours getting up the anchor - it was so heavy. A little before four we were completely loose. Then we sailed back to safe waters and the nearest port, which was Borkum, on one of the neighboring islands. There we were in 1030, completely exhausted, says Taule.

When BA talked to the globetrotter Friday morning, the 30-year-old and 32-foot "Snuppa" had brought their two sailors to Groningen in the Netherlands. They now follow the channels through the wood schooling and hope to reach France next week.

- Everything is very good with us. We would not have been the experience besides, even though it was dramatic as it stood. We were more stressed than scared. I thought for a moment that the trip could be over, but everything is going well, laughs Taule and adds:

- Now we just enjoy life in the Netherlands. It's extra delicious when it's extreme weather at home. Here we enjoy ourselves in glorious sun, 30 degrees and bikini.