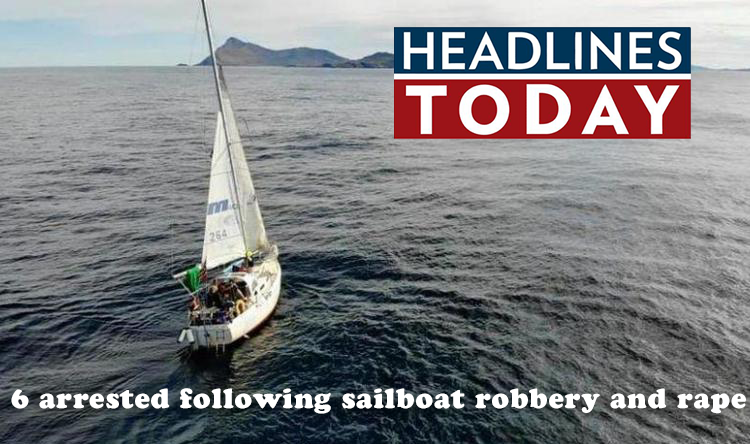 by six men while they were off the coast of Panama.

The six were on a trip around South America and had been traveling for more than a year when they were attacked off the coast of Panama.

The boat was anchored at the small village of Nombre de Dios, a few miles northeast of the town of Colón when they were attacked this weekend by up to eight masked men, armed with knives and firearms, which came up to the sailboat in a separate boat.

Six people allegedly involved with the rape of two  young Norwegian women during the pirate  boarding and robbery of  a sailboat Alibaba  in Nombre Dios Bay, Colon were arrested  following a joint intelligence operation by the National  Police, The National Aeronaval Service (Seafront) and the Public Ministry. 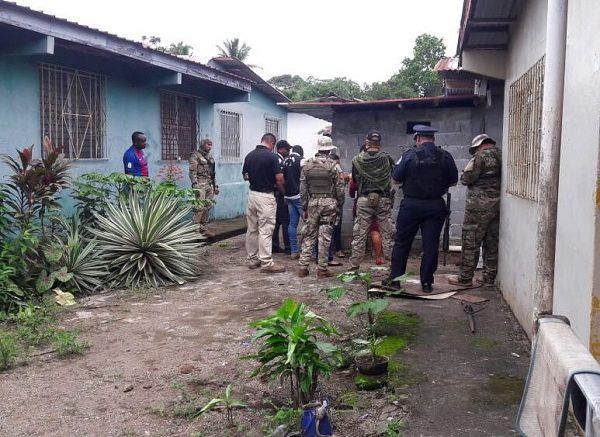 They are ALL charged with being involved in the assault.

The people were arrested after a satellite phone and computer equipment originating from the Norwegian boat was found in their possession the day before.

A local police press release on the same day stated that the six arrested were charged with two offenses in the Criminal Code that could result in imprisonment from 10 to 18 years.

The Panama Police confirm to the NRK that the Norwegians are now being taken care of by the police and that a plan has been laid to get them out of the country.

– “The young Norwegians have good accommodations and are being well looked after. Panama’s president has ordered that they be looked after by police around the clock, even when they go out to shop,” says Colonel Salvas de la Rosa at the National Tourist Police to NRK.

He adds that the Norwegians have had access to a Danish psychologist.

The assault on the Norwegians has provoked strong reactions from Panamanian authorities, and the country’s tourism minister has expressed condemnation and distanced himself from the incident. The case could weaken the country’s reputation.

Onboard Lifestyle added a video. 17 hours 11 minutes ago

Terence Dins has a new avatar. 20 hours 7 minutes ago