A shamanic sailor has clashed with a sheriff in court over theft of a £15,000 Sailboat 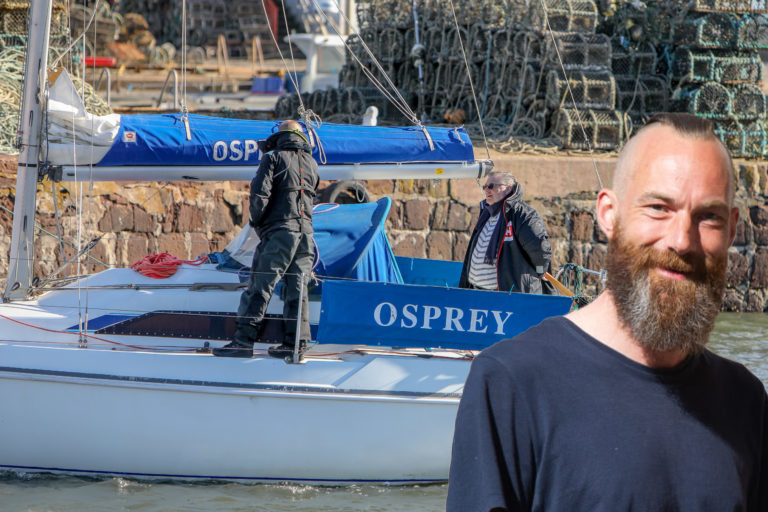 after the 42-year-old Afghanistan veteran appeared back in the dock at Forfar in the wake of a warrant being issued for his arrest.

In August, Gould was sentenced to 100 hours unpaid work after changing his plea to guilty midway through a trial over the theft of the 27-foot Osprey from Arbroath harbour in September 2018.

Earlier this month, a warrant was issued for Gould’s arrest after he failed to appear at Forfar to answer an allegation of breaching the order.

He appeared voluntarily before Sheriff Derek Reekie, who told Gould a social work report indicated the ex-serviceman had not engaged with either the supervision or unpaid work aspects of the order.

Gould represented himself in the dock.

“Do you accept you have failed to comply without any explanation?” the sheriff asked.

When asked if he understood the nature of the breach allegation, Gould responded: “As far as a layman can, yes.”

Sheriff Reekie advised Gould the court would set a proof to investigate the alleged breach on the basis of evidence, to which the accused replied: “You’re coming across very threatening, I find that hard.”

The proof was scheduled for January 20.

The court previously heard how Gould and his partner had managed to get aboard the yacht during their alternative lifestyle travels which had brought them to Angus after two years of living under the skies.

The pair were said to be following a shamanic existence, an ancient spiritual practice of transcendental energy.

They carried out odd jobs on the stolen boat because they wanted to “show it some love”, before sailing out of the harbour and heading to Montrose.

The theft was discovered when Osprey’s Fife owner logged onto a harbourside webcam and noticed his craft was missing from its marina pontoon, triggering a multi-agency recovery operation.

Police and Coastguard were involved in the slow-speed pursuit along the Angus coast, which ended with specialist diving unit officers boarding the vessel near Lunan Bay.