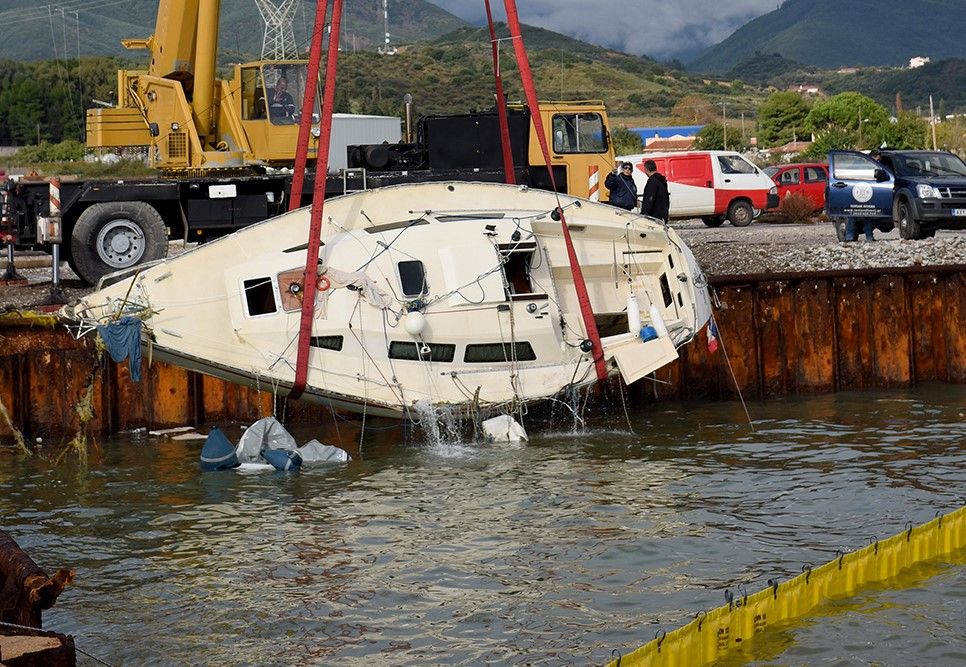 The process of salvaging the sailboat in  Antirrio, Greece is complete.

The sailboat was hit last night by bad weather and  resulted in death of 2  sailors/fishermen.

Reportedly, the fatal sailboat was initially sighted in the maritime area of ​​Macinia. A shop owner said he saw it in the midst of seawater "battling" the waves, which caused some questions, given the warnings that existed for the Rio-Antirio ferry line.

Divers fell into the sea to strap the boat. The process was difficult however the weather was eventually improved and allowed the divers to get to work. Initial information from the spot indicated that the vessel was flying a french flag, so it was suggested that the victims were French. That  theory  was false as it  turned out. 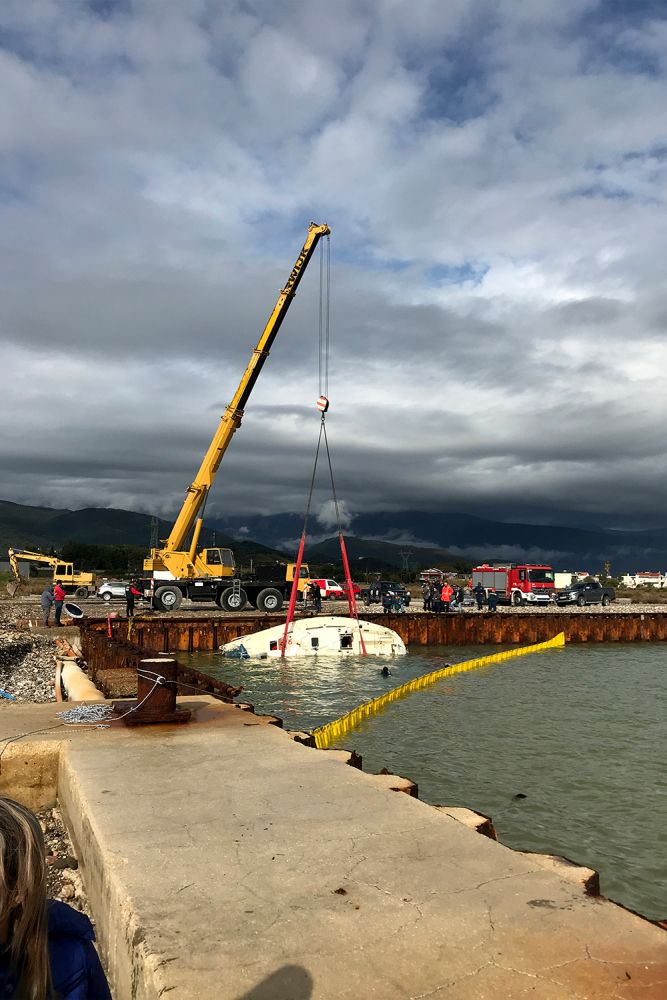 Officials of the  Port Authority rushed to the spot where, after investigations, a man was found at sea. There have been repeated attempts to retrieve him, with negative results.

The fire brigade (EMAK), the Greek Police and private divers, and the three-point LS-ELAKT Submarine Missile Unitwere all part of this rescue effort and investigation.

The first sailor, (unknown identity at this point )  was unconscious when rescued  by officers and was transported by ambulance to Patras University General Hospital, where he was pronounced dead.

Investigations and  search  rescue continued with other patrol vessels.  Hours later today the Coast Guard and Fire Service found the body of the second person on the sailboat and  he  was  not alive unfortunately.