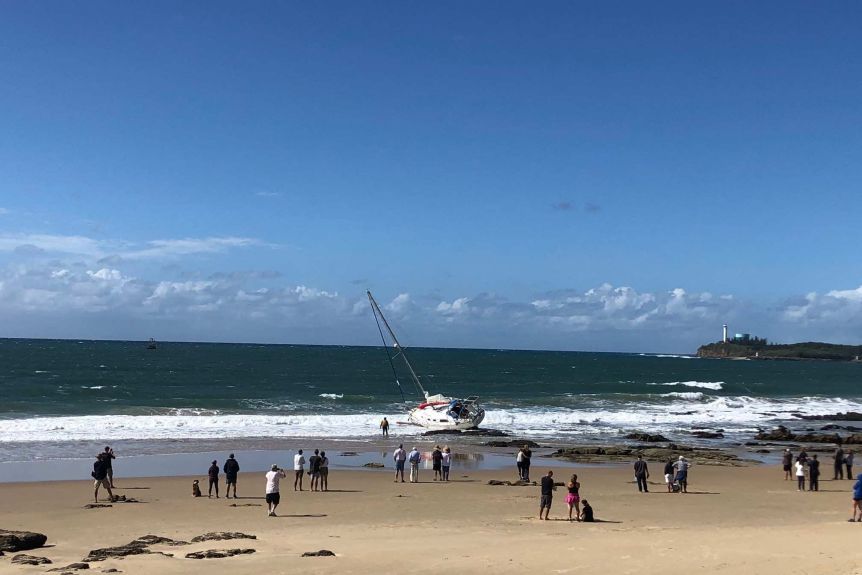 In a second, unrelated incident, man is missing after falling

- A massive air and sea search is underway to find a fisherman who fell overboard from a trawler off the Sunshine Coast early this morning.

The crew on board the nearly 20-metre trawler boat, the Kay Vern, called for help about 3:45am after they circled back to find the man but could not locate him.

The Sunshine Coast Lifeflight helicopter was sent to the main search site, about 27 nautical miles east of Peregian Beach just after 4:15am.

The Mooloolaba Water Police search vessel joined the search before first light and a second police vessel has joined from Brisbane.

"The advice I have received is, the skipper of the vessel had seen him there before he broached a large wave and after that wave had passed, the gentleman couldn't be found," Superintendent Hawkins said.

"He was supported with some safety equipment. Some equipment was thrown overboard to mark the location and we are searching in that vicinity.

"As you would expect under these circumstances, losing a friend and a co-worker, that would be a very stressful moment, but we are doing everything we can to find him."

Authorities remain hopeful they will successfully locate the man.

The search is being led by the Joint Rescue Coordination Centre in Canberra.

In a second, unrelated, marine incident, a body was found after an empty Sailboat ran aground at Mooloolaba Beach.

Mr Middleton said residents reported seeing someone fall from the boat near Maroochydore.

"Some people from a resort are believed to have seen somebody fall off the vessel," he said.

"They watched this person fall off as they were pulling the sail down." 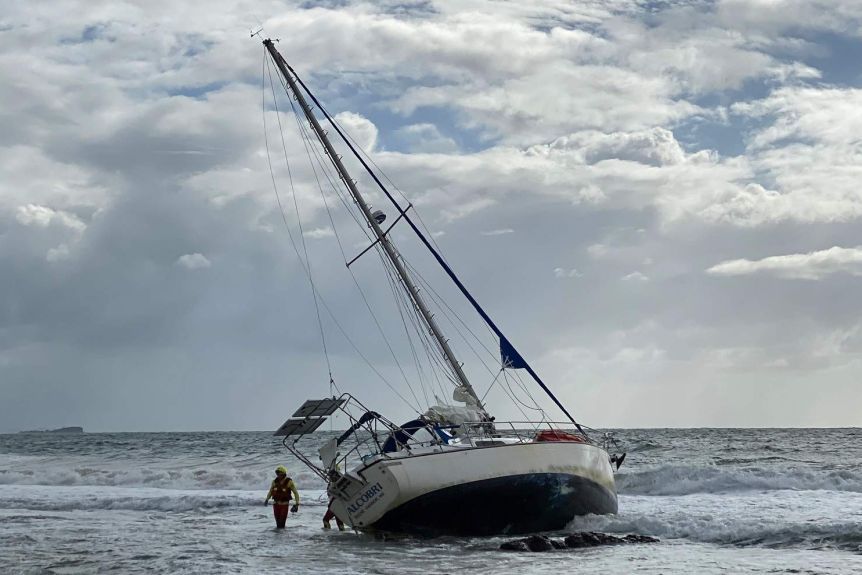 The Sailboat ran aground on the beach at the tourist destination with little damage, but with lights on and music playing.

The first teams to board the vessel found a passport belonging to a 57-year-old man from the United States.

"The vessel is a US vessel. We are drawing some conclusions that the male located in the water has come off this particular boat but we are still running through inquiries to determine the exact circumstances," Hawkins said.

Authorities are unclear as to how the American vessel came to be in Sunshine Coast waters.

"We don't have any firm movements of the vessel but certainly we will be speaking with customs and other port authorities to determine what movements it has had," he said.

Queensland Police said it was working with the US consulate to notify the family.

The Mooloolaba Coastguard have continued to search the area where the body was found.

Ian Hunt from the Mooloolaba Coast Guard said they were unable to confirm if the person was alone on the sailboat.

"Hopefully because they found the person only 500 meters off the beach it shouldn't be too hard to cover that area and verify there wasn't anyone else in the boat," he said.

Mr Hunt said the yacht had tracked from north of the area at Double Island Point towards Mooloolaba, with water police activating a search from Hervey Bay.

"We got a call from a member of the public to say they had seen someone on the front of the yacht trying to get the sail down and so the assumption was they had fallen over during that exercise," he said.

Initial investigations suggested the deceased person may have been in the water for up to two hours before being found.

Mr Hunt said the search team have had to contend with rough seas and windy conditions throughout the morning, which have hampered search efforts.