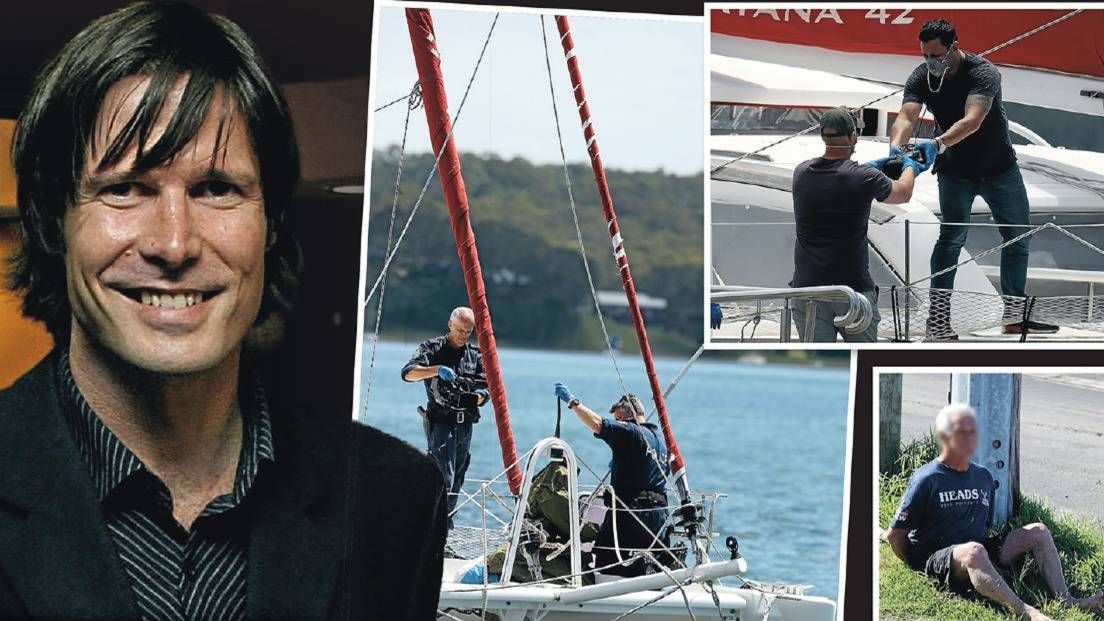 A Newcastle District Court jury had been deliberating since Friday before finding saxophonist and keen sailor Craig Lembke guilty on Wednesday of importing a commercial quantity of cocaine.

Lembke - dubbed the "cocaine casanova" after it was revealed he'd been dating TV presenter Susie Elelman before his arrest - claimed he didn't know the cocaine, valued at $245 million, was hidden in the twin hulls of the 13-metre catamaran Skarabej in late 2017.

The 49-year-old from Mayfield East and 36-year-old Percy, from Western Australia, went on trial in mid-September after denying any involvement in the cocaine shipment.

Percy had been accused of organising the catamaran for the drug shipment but denied knowing the cocaine was on board.

The pure quantity of cocaine in the 700kg of white powder seized by police was 548kg with a street value of $245 million.

Crown prosecutor Rob Ranken had told the jury encrypted phones used by drug syndicate members were crucial to the case against Lembke.

Mr Ranken said police found a piece of paper in Lembke's wallet after his arrest which had the words "Encro 123" and "Blackberries Sux" which were said to be the code words needed to access an encrypted phone Lembke could use to contact the drug syndicate.

Lembke set off from Tahiti in mid-October 2017 with his friend, David Mitchell - who'd started a yacht delivery company - to sail the Skarabej to NSW.

Mr Mitchell later claimed there was no way to know the drugs were on board.

The pair arrived at Lake Macquarie on November 14 before mooring near the Toronto Royal Motor Yacht Club.

One of the drug shipment organisers - who pleaded guilty to drug importation and was jailed for 19 years but cannot be named for legal reasons - was the key witness in the trial.

The organiser said he initially went to Lembke's home in late-September 2017 to ask if he was interested in skippering the catamaran.

The organiser had been sent a message on his encrypted phone by a man known as the "Black Prince" in Hong Kong - identified in court as Daniel Percy's uncle as Bill Percy - about the drug shipment and the need for an experienced sailor.

Lembke agreed to do the job for $500,000 as long as he had ''deniability'' if there was anything untoward about the trip, the organiser told the jury.

A number of witnesses told the jury that Lembke - a part-time model who loved music and sailing - had no interest in material possessions and they were shocked to hear he'd smuggled drugs.

Judge Jonathon Priestley on Wednesday remanded Lembke for a sentencing hearing on December 16.