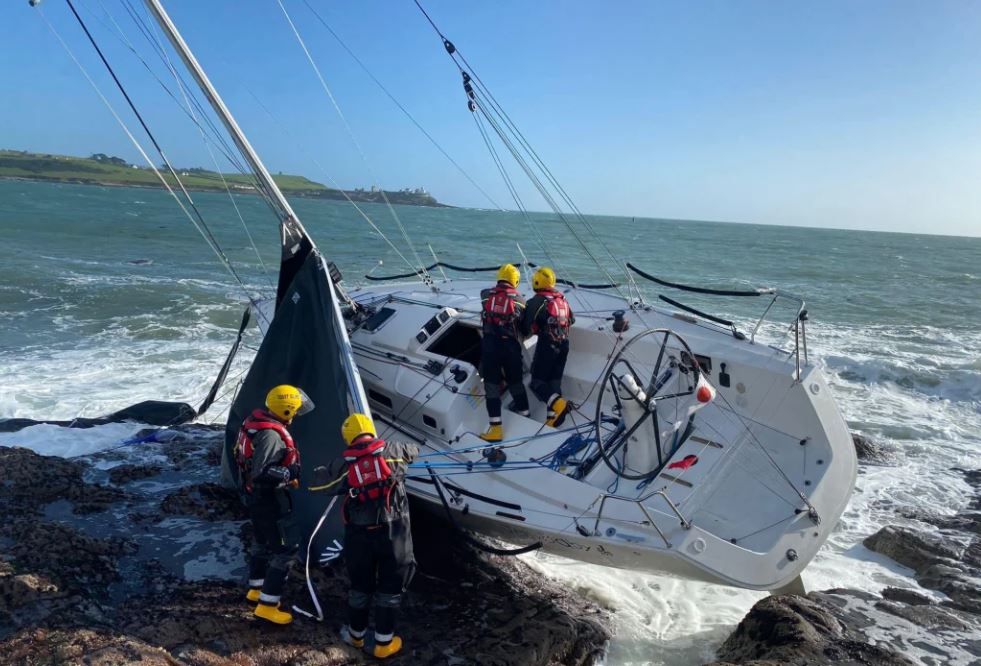 TEN sailors were lucky to escape with their lives this afternoon after their yacht was blown on to rocks near off the south coast.

The boat was competing in the October League Races run from Royal Cork Yacht Club, the oldest such club in the world based in the town of Crosshaven.

The yacht was grounded on the rocks just after it rounded racing buoy pushed there by strong winds and blustery conditions.

Crosshaven lifeboat volunteers quickly made their way to the scene along with the Crosshaven Coast Guard RIB and the Port of Cork Pilot launch.

According to the local Coast Guard while enroute: "The crew were flagged down by a passing yacht and told that a crewman was overboard on another yacht on the Eastern side of the channel near White Bay.

"Whilst the CG RIb headed to the aground incident, the RNLI lifeboat veered off to White Bay where they found a very wet crewman back aboard his yacht.

"No further assistance was needed."

In the meantime it was learned that most of the crew of 10 on the grounded yacht had scrambled ashore.

Two of the crew however had been in the water and were on their way to the lifeboat station in the RCYC Rob for a hot shower and a cuppa.

The rescuers said: "The grounded yacht ran aground three hours before low water in a very lumpy sea.

"The yacht remains high and dry on the rocks."

Conditions were extremely challenging Cork harbour as winds off the south west coast reached force six with a small craft warning in place from Met Eireann for offshore waters.