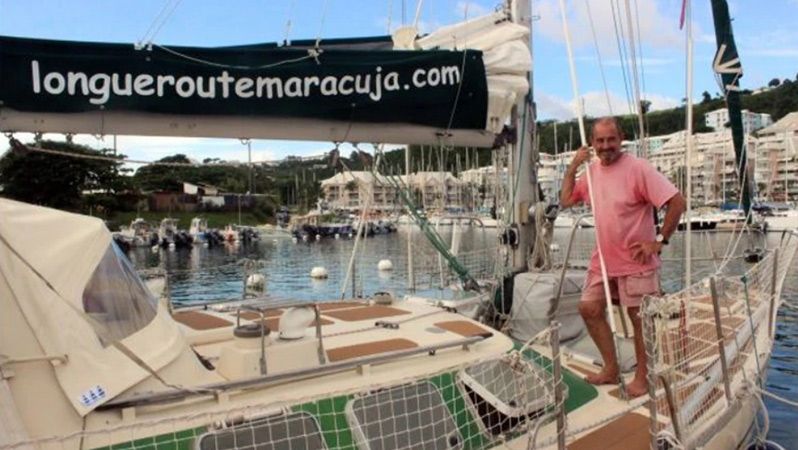 , which was understood to be close to the sailboat just before 9am today. The distress signal was received around 6pm yesterday.

It’s believed there is one person on board the Sailboat, named "No Comments".

Maritime NZ says the ship has flipped back over, but has been dismasted, and has taken on water.

The lone man on board was completing a circumnavigation of the world, beginning and ending in France.

He has had some satellite phone contact with the French Maritime Rescue Coordination Centre, which is working closely with the New Zealand center.

An NZDF P3 Orion was able to drop a package of essential supplies, including a life-raft, food, water and a radio, but the man aboard the sailboat was reportedly unable to reach it.

The crew aboard the Orion will provide rescue centre with information about the state of the vessel and the man at sea.

An oil tanker, Lindanger, has been diverted from its usual trade route between New Zealand and South America towards "No Comments", but it is still over a day away.