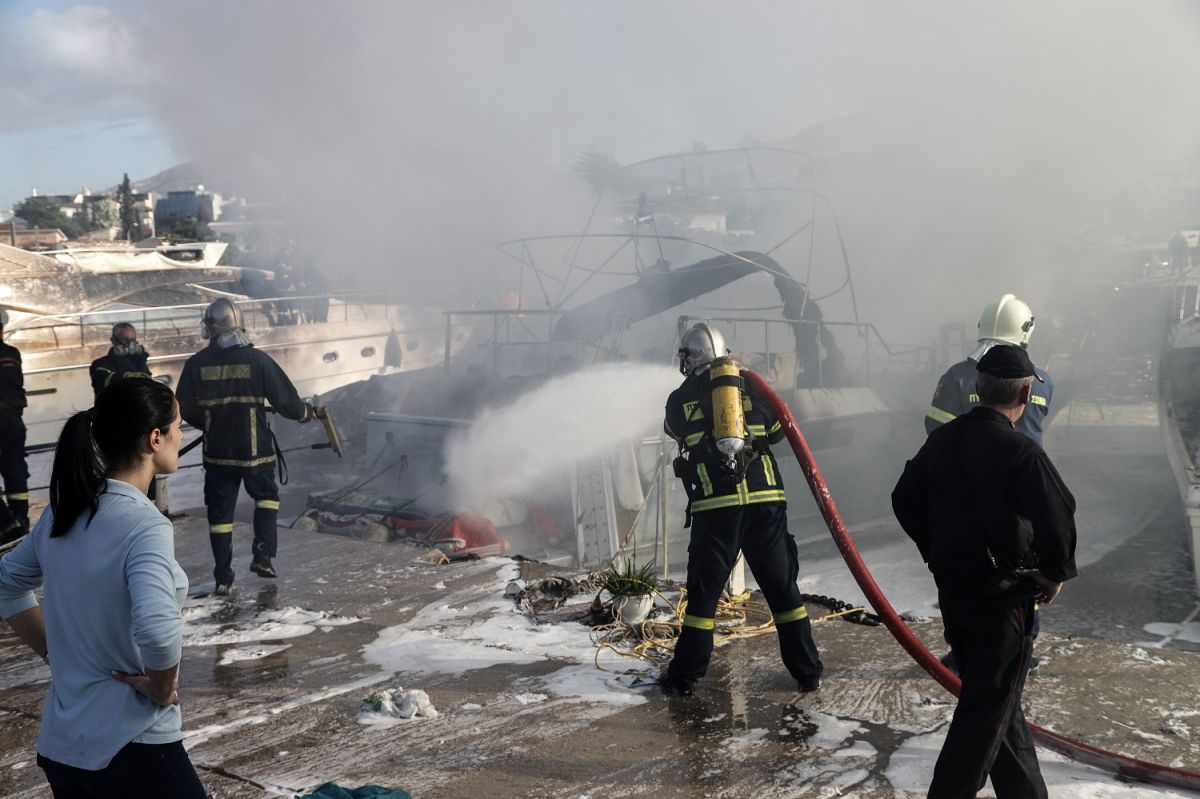 that broke out on a boat in the Glyfada Marina.

Early reports suggested a boat was set on fire, but the flames caused damage to at least three adjacent boats.

The fire started at 7:40 am and as seen in the videos showing , the fire has caused serious damage.

Specifically, the flames burned down two vessels completely and caused damage to the other two.

According to the Fire Dept. , there were no injuries.

A woman aboard one of the boats jumped into the sea to escape the flames.