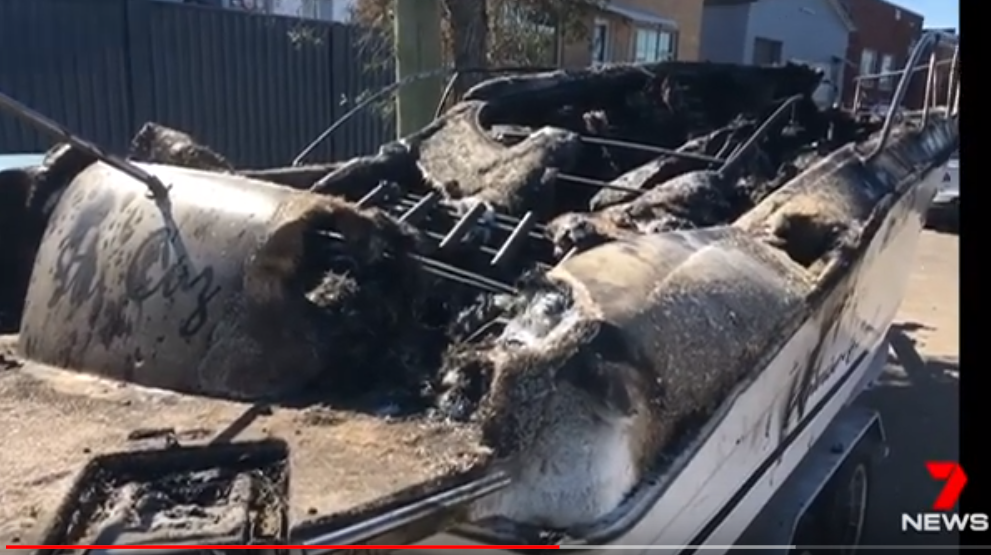 set alight and destroyed during an attempted extortion in Hurstville.

Just before 9pm on Thursday, July 11, two men went to a home on Warwick Street, Hurstville, and demanded cash from the female occupant.

"When the 48-year-old woman refused, the men threatened the woman and became aggressive.

"Police attended and spoke to the men, before commencing inquiries.

"In a separate incident, emergency services were called to the same home about 8pm on Thursday, July 18, following reports a luxury boat parked out the front was on fire.

"The blaze was extinguished by Fire and Rescue NSW, and the boat, worth more than $150,000, was completely destroyed.

"A crime scene was established and examined by specialist forensic officers, with a knife being located and seized nearby."

The spokesman said, about 10am on Tuesday, July 23, a man went to the same Hurstville home and spoke to the female occupant.

"The man demanded money and punched the woman in the face, causing her to fall to the ground," he said.

"Officers from St George Police Area Command, with assistance from State Crime Command's Robbery and Serious Crime Squad, established Strike Force Anfimov to investigate the incidents which are believed to be targeted and linked.

"As investigations continue, detectives have released composite images of a man, who was seen nearby at the time of the fire and assault.

"The man depicted in the composite images is described as being of Mediterranean/Middle Eastern appearance, aged in his mid-20's, about 175cm tall, with a medium build, dark beard, and tattoos on his neck and both hands. 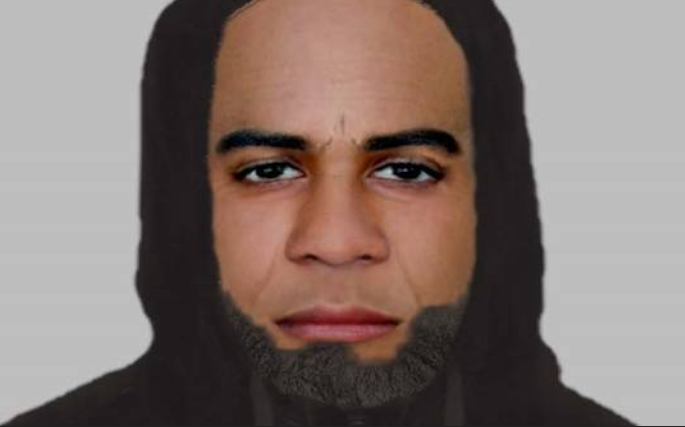 "At the time of the assault, he was seen wearing dark glasses, a black and red facial covering with a pattern, and a dark coloured hooded-jumper.

"He was last seen at the time of both incidents heading toward Bassett Street, Hurstville.

Investigators have also released CCTV images of a vehicle, which is described as a 2018-model, white Mercedes sedan with a dark sunroof.

"As inquires continue, strike force detectives would like to speak to anyone with information about the incidents.

"Anyone with information about the incidents is urged to contact Crime Stoppers: 1800 333 000 or https://nsw.crimestoppers.com.au