Oldest man to sail around the world solo, non-stop and unassisted 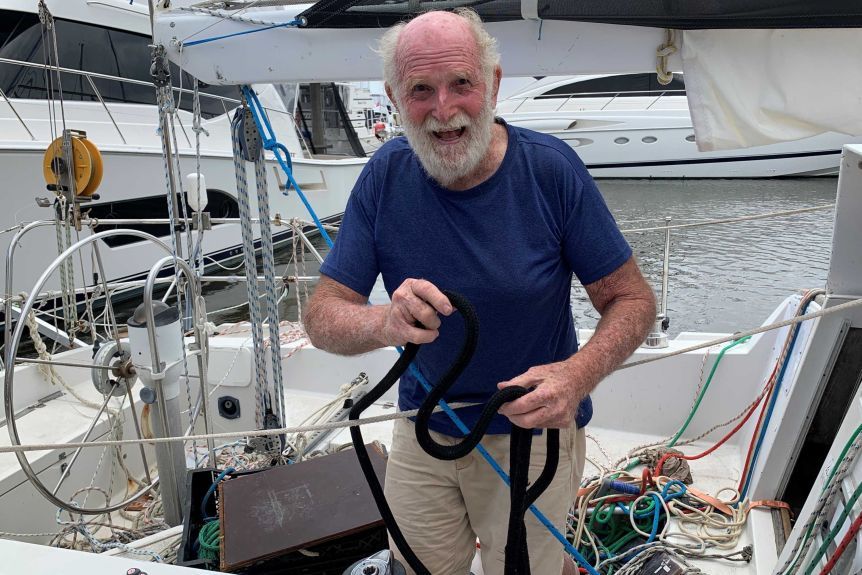 The 81-year-old completed his eight-month journey

, sailing into The Spit on the Gold Coast in his 38-foot yacht L'Eau Commotion.

He was greeted at Southport Yacht Club by cheering friends and family who said they had anxiously followed his journey since he set off on June 8.

The former fisherman from Bundaberg said he'd been dreaming of this achievement since he was seven years old.

As he celebrated, occasionally having to grab onto something secure to steady himself from the rocking sensation, he was humble about his success.

"Coming back, there were three cyclones, two of them quite strong, but they just passed me by.

Mr Hatfield said he lived on strict rations while at sea.

"For fresh water I had a desalinator that pumps through a membrane, and my daily diet was a third of a tin of beans, a tin of tuna, 100 grams of rice and flour and oats, and 150 grams of milk powder."

He said the first thing he wanted to do back on dry land was to have some fresh food and a shower.

His daughter Katherine Lambros said she felt relieved and excited he that he'd finally achieved his goal.

"You say goodbye to him and you honestly think you're never going to see him again," she said.

"When Dad first told me he was thinking of doing this, I knew he'd keep going on to achieve it."

Doing it the hard way

"Wind patterns of Earth go east, so nearly everyone else goes east, but Bill set out to go the other way."

Mr Halsey said the physical rigours of ocean sailing were challenging at any age.

"To do that when you're young is remarkable, but to do it at his age is phenomenal." 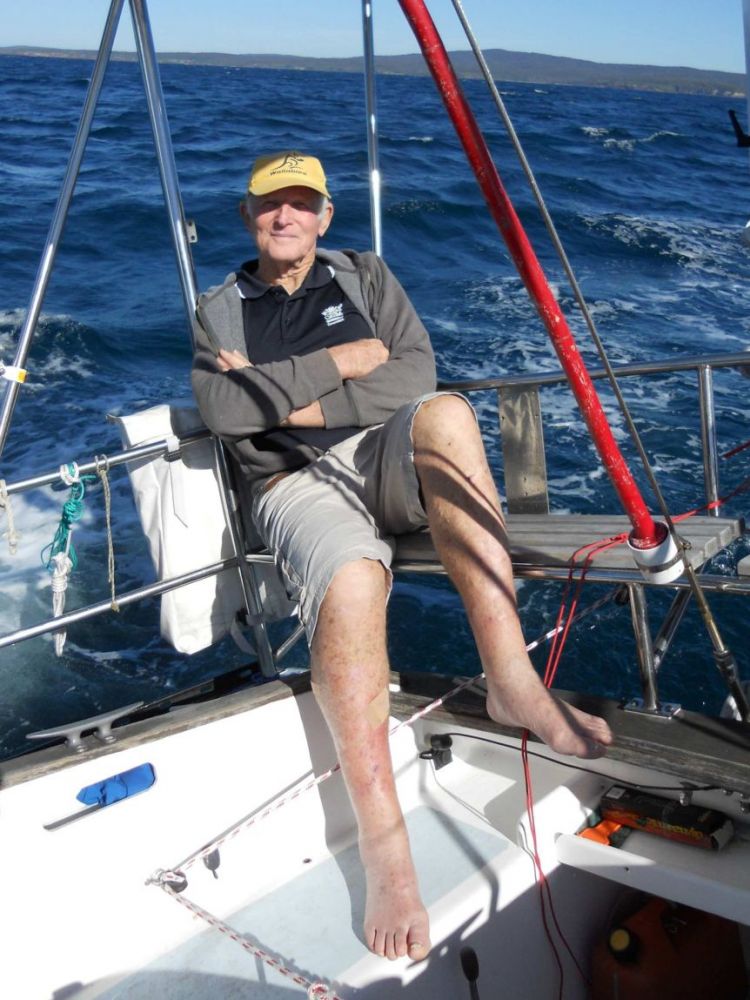 Mr Hatfield had a few minor issues aboard the yacht designed by gliding colleague Hank Kaufmann, including falling overboard while caught up in his sail.

"I did a silly thing; the shackle of my sail broke and as I was pulling it in, the sail got underneath me and I had no harness on ... but otherwise it went well," he said.

During his first attempt in 2015, Mr Hatfield was washed overboard and the yacht suffered substantial damage to its rigging, forcing him to abort the journey about 160 kilometres west of Cape Horn.

A second attempt in 2016 lasted less than two months after Mr Hatfield struck a significant storm in the Great Australian Bight.

During his third attempt the following year, he was unable to round Cape Horn, causing him to abort to the Falklands.

As for what's next for the new record holder, he said he would be staying on land for the time being.

"My daughter has threatened to get the dog onto me if I go sailing straight away, so I'll spend some time here," he said.

"Maybe a little bit of rowing."