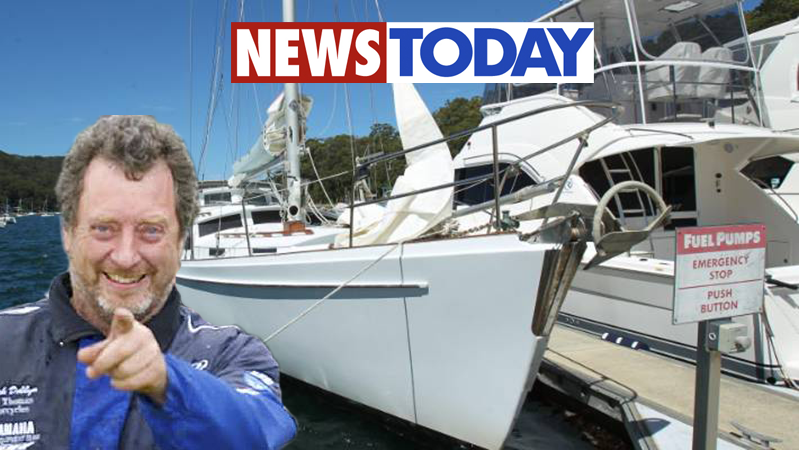 There's nothing unusual in that except he is not a sentenced prisoner and is still awaiting trial.

Justice moves slowly but Bennett, who is facing fraud charges involving about $250,000, is an extraordinary case.

He believes the fraud prosecution (and other charges) should be stayed because, according to him, he was removed illegally from Australia, where he allegedly fled in 2015. That issue, including appeals, must be dealt with before his fraud trial. Had he simply gone ahead with his fraud trial, he would in all likelihood be a free man by now, even if found guilty.

The helicopter pilot, who once had Hollywood star Russell Crowe in his chopper, was arrested in Sydney in February 2015, after sailing a stolen yacht across the Tasman with his then partner Simone Wright. Police had been trying to find him for several years so they could arrest him on the fraud charges and an alleged sexual assault on a teenage girl in Auckland in 2008.

Bennett, who arrived in Sydney without a passport, was kept in custody until he was escorted back to Christchurch in May 2016. Police were waiting for him and, due to his flight risk status, he was remanded in custody.

He then began a battle to show his return to New Zealand was illegal, claiming Australian and New Zealand police had colluded to circumvent his rights to leave Australia under his own volition. He had talked about going to Indonesia or Canada.

After a hearing in the Christchurch District Court in July, Judge Paul Kellar ruled the Australian authorities were entitled to remove Bennett under the relevant Australian legislation as an "unlawful non-citizen". New Zealand police had not brought about his removal and the fact they treated him as a "returning offender" did not render their actions unlawful.

Bennett's lawyer, Simon Shamy, said Bennett would appeal Judge Kellar's ruling in the High Court and he was in the process of applying for legal aid.

Bennett could have been a free man by now but he was prepared to stay in jail to fight for a principle, Shamy said.

"He has effectively served a 10-year jail sentence because he would be eligible for parole after serving a third."

Twenty per cent of sentenced defendants were now released immediately because they had already served the sentence through time spent in jail on remand.

The delays, caused by myriad reasons, including a judge shortage, meant some defendants pleaded guilty just to get a speedier resolution. Sometimes delays were caused by defendants themselves, such as when they changed lawyers constantly.