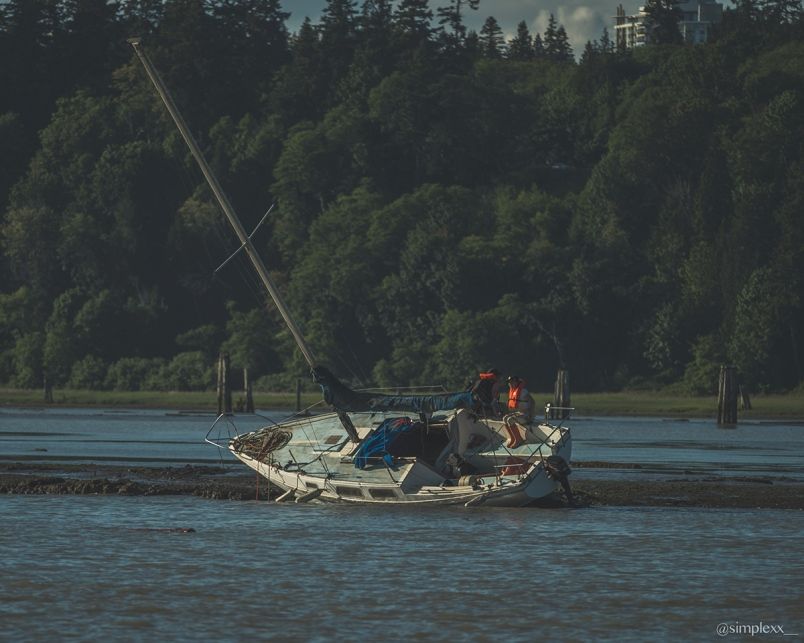 with his friends, when he spotted two people waving from a sailboat, near the walkway at Iona Beach.

“At first (my friends and I) thought they were just being friendly, just waving at us, but then we realized they were actually beached and their boat was tipped over,” he said.

Lee and his friends – who were on their way back to the Great Canadian Marina near the River Rock casino – immediately asked what they could do to help, he said, only to realize that they couldn’t get closer to the beached vessel.

“We were probably about 60 to 70 metres away from the sailboat the whole time as it was too shallow for us to get any closer, which made it quite difficult to hold a conversation with them,” said Lee, adding that he thought the boat may have become stuck as the tide receded in the inlet. 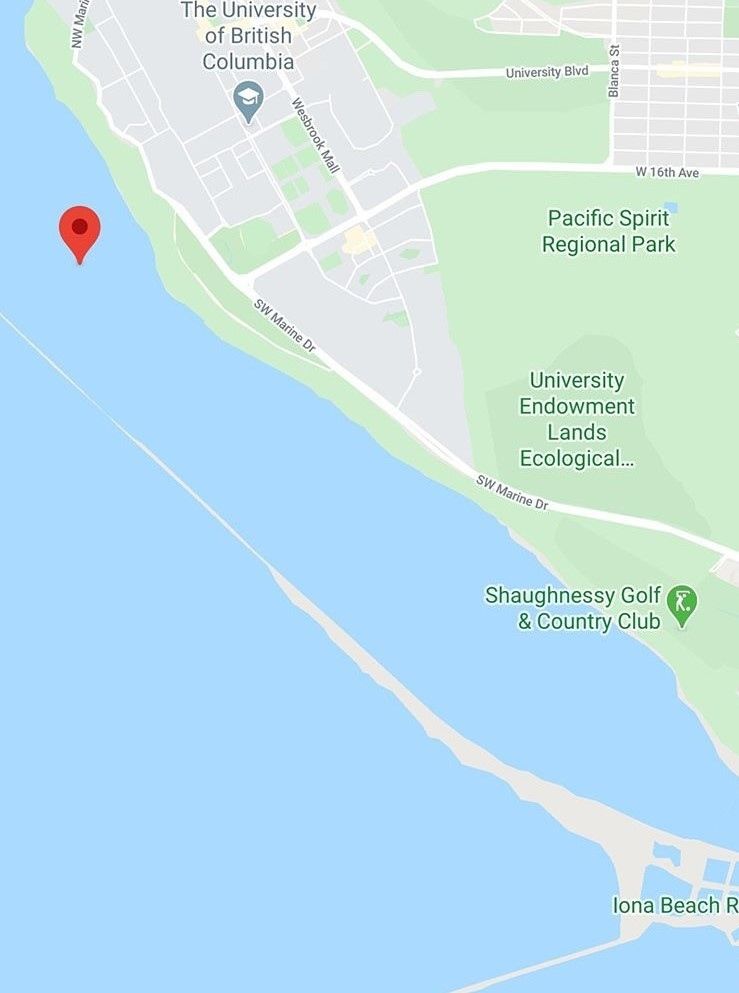 The stranded boaters told Lee and his friends they didn’t have cellphones with them, said Lee.

Luckily, the Canadian Coast Guard was already on its way, said Lee, arriving – along with the Moytel hovercraft – around 15 minutes after the group of friends made the call.

Lee said the coast guard then ushered them out of the way upon arrival, since the hovercraft is quite large and it’s a narrow part of the inlet.

However, Lee said it looked like the coast guard was able to guide the beached vessel to safety as he and his friends were on their way out.

A spokesperson for the Canadian Coast Guard (CCG) confirmed a hovercraft from CCG Station Sea Island responded to a 25-foot sailboat with two people onboard, which had run aground near Iona.

The hovercraft arrived on scene at 6:05 p.m. The stranded boat, said the spokesperson, was not equipped with a VHF radio, which could have alerted officials earlier.

A nearby marine assist company boat, said the spokesperson, was “assisting in the removal of the persons onboard (the sailboat)” when the hovercraft arrived. 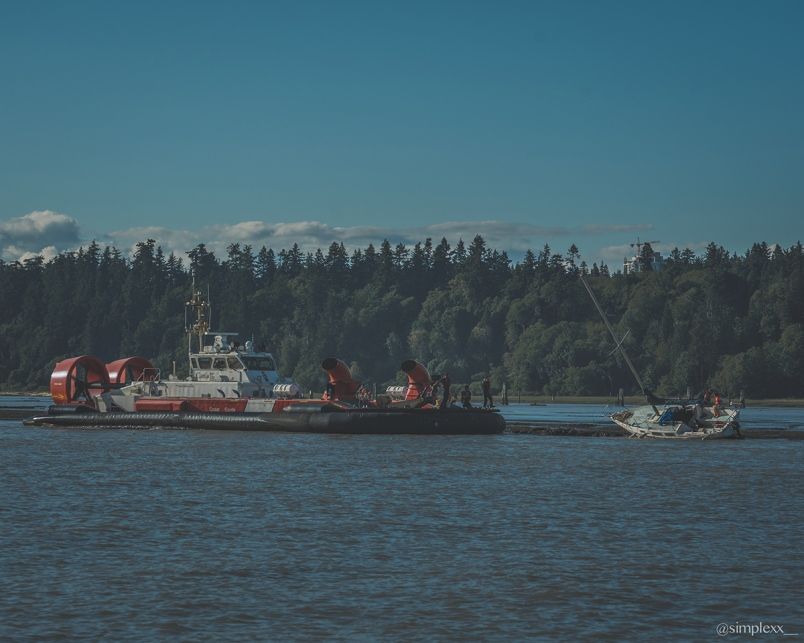 “As the vessel was stranded on the shore with a falling tide, a decision was made not to try to remove it,” said the spokesperson.

“Instead, the Sea Island crew set the vessel anchor in deeper water for high tide later that night.”

There was no pollution as a result of the incident, according to the spokesperson, and the vessel was removed later that evening.

“The Canadian Coast Guard advises that all recreational boaters carry a Marine VHF radio, appropriate charts, and be aware of the water levels/tides at all times,” the spokesperson said. 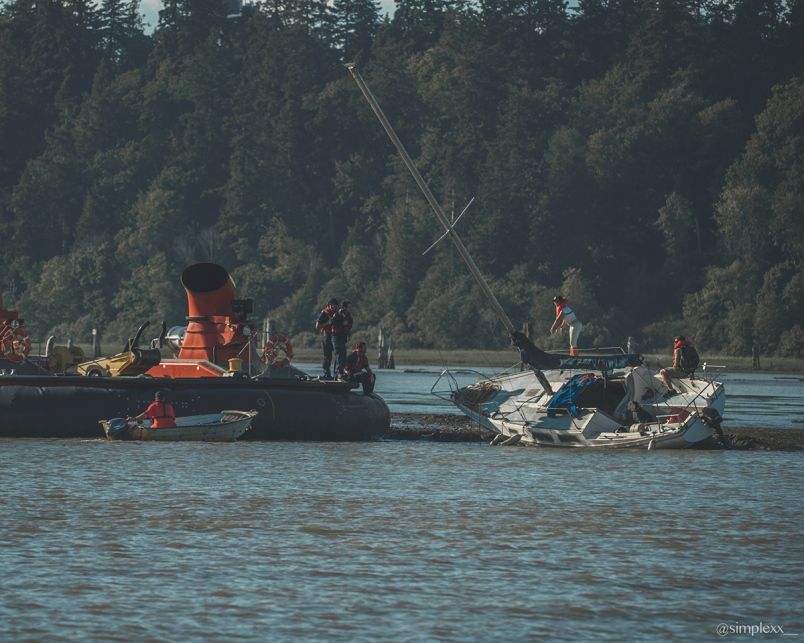