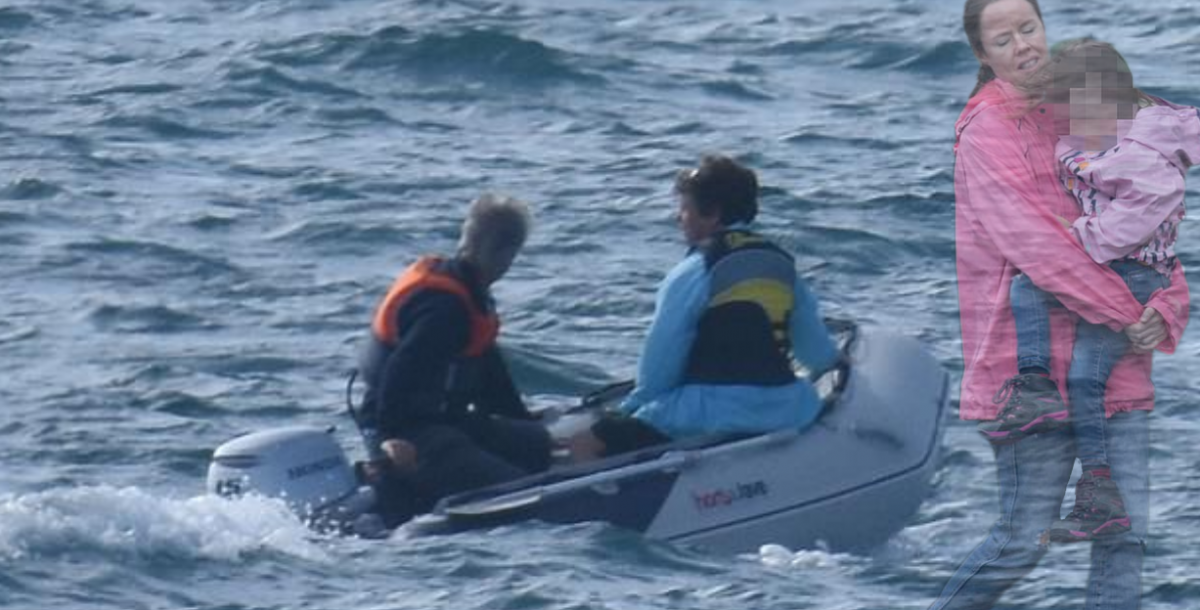 with them in a rubber dinghy was today found guilty of putting their lives at risk.

Lauren Etchells, 33, showed no emotion as she stood in the dock at St Helier magistrates court and was convicted of child neglect for sailing with her two children 16 miles from Portbail in France to Jersey last summer.

The on-the-run mother-of-two was told by magistrates she had had failed to take basic safety precautions in the flimsy inflatable dinghy for the 'clandestine trip'.

Etchells was convicted of two charges of causing risk of harm to her children. She earlier admitted immigration offences.

The school teacher, from South Shields, Tyne and Wear, was told she will have to spend Christmas on the island as she will be sentenced in the New Year.

Etchells, who had moved to Canada with her parents, became the subject of an international manhunt after she ran off in 2016 with Marco van der Merwe, who was said to have been a sperm donor for her and her wife, Tasha Brown, 45.

The same-sex couple already had their daughter, Kaydance, now four, when Etchells became pregnant by South African businessman Mr van der Merwe, whom Miss Brown thought was a sperm donor for her and her wife.

But the women split up and despite a Canadian court order forbidding her leaving the country, Etchells secretly fled abroad with Mr van der Merwe and both children. 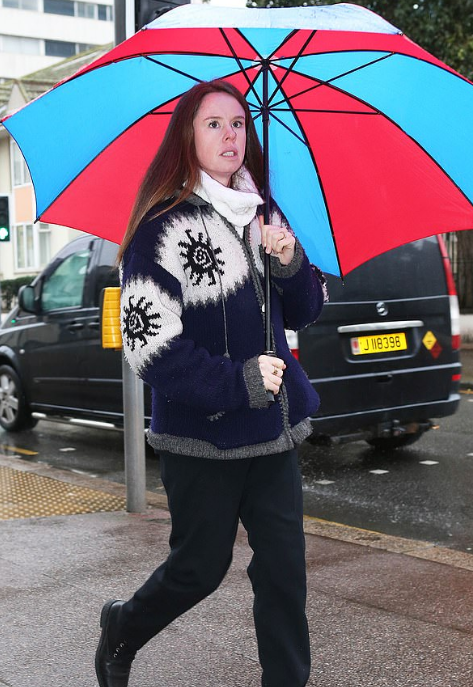 Etchells and her parents were arrested this summer after travelling 16 miles from Portbail in France to Jersey in an inflatable with the children.

The boat was spotted by locals when it tried to land in challenging conditions after high tide on July 2.

The dinghy, which only had a 15hp outboard motor, was seen 'struggling' near the shore.

It dropped off Etchells and her children before Mr and Mrs Etchells then tried to motor off in the direction they'd arrived from.

But the flimsy boat got into difficulties and they had to abandon the 90-minute return trip.

Etchells was told by magistrates at the court in St Helier she had failed to take basic safety precautions for the cross-channel trip.

She had not even taken a radio to make emergency calls on the dinghy, which only had one engine.

She had been trying to monitor the boat's GPS system while trying to look after two young children on the choppy stretch of water, the court was told.

The magistrate said she had been on a 'clandestine mission' and had failed to notify anyone of her plans prior to setting out for Jersey.

An international arrest warrant from Interpol meant she could not fly into the UK as she would be immediately arrested and face deportation to Canada.

While on the run she changed her surname to her middle name to avoid detection.

After being arrested, she claimed to be visiting Jersey for a few days but later admitted she tried to sneak into the country to avoid awkward questions and arrest.

She denied putting the children at risk and said they were happy, requesting ice cream when they landed.

She had made banana bread and sandwiches for the crossing which took up to 90 minutes due to choppy seas.

Her parents were convicted of aiding and abetting their daughter in putting her children’s lives at risk.

They had pleaded guilty of immigration offences at an earlier hearing.

All three members of the Etchell family will be sentenced on January 20.