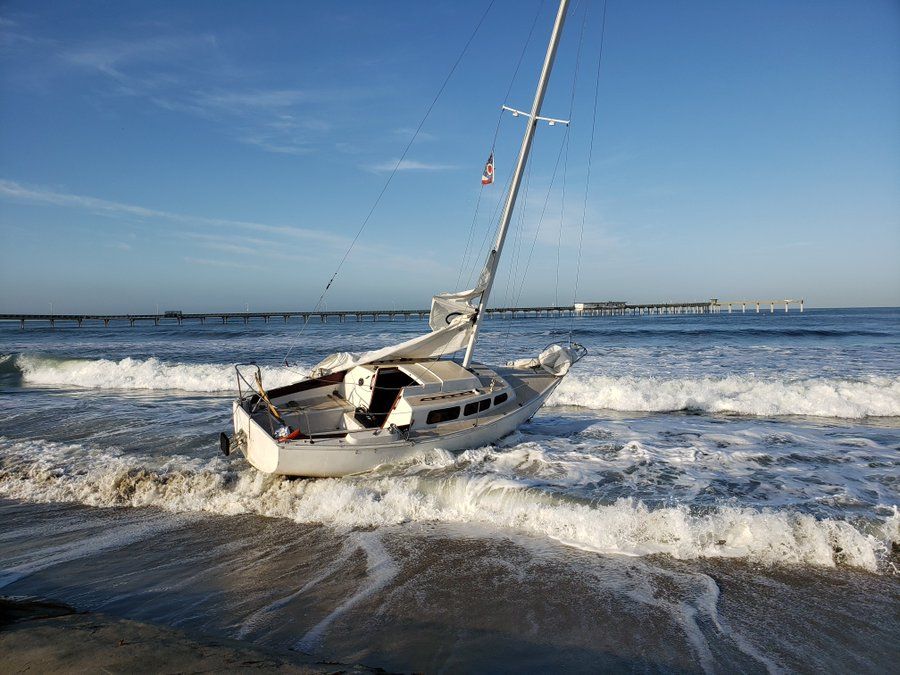 SAN DIEGO — A Sailor was arrested after his sailboat ran aground in Ocean Beach,

and the boat remained on shore.

The sailboat got stuck on the beach near Lifeguard Tower Two around 7 p.m.

The man was approached by officers after he was involved in a “nautical collision,”

“The owner was not cooperative and was taken into custody by (police),” fire officials explained.

San Diego Police Department did not immediately share details on why the person was arrested, but lifeguards posted a photo of the beached boat with a caption that read in part, “Reminder to boaters: sail sober!”

SDFD said the owner was trying to arrange for a salvage company to remove the boat.

No one was injured in the incident.

Onboard Lifestyle added a video. 16 hours 30 minutes ago

Terence Dins has a new avatar. 19 hours 26 minutes ago