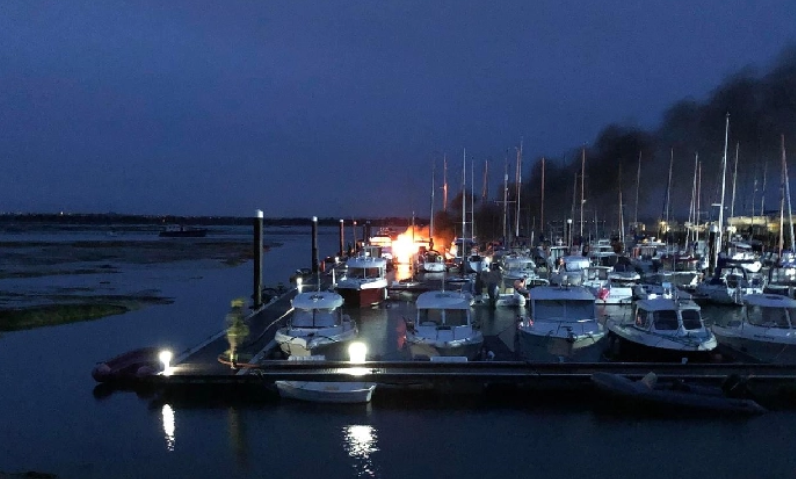 Three boats were caught up in the blaze, with a motor cruiser and a Sailboat sinking

due to the damage sustained.

A spokeswoman from Hampshire Fire and Rescue said: ‘We had pumps from Hayling Island and Havant Fire Stations in attendance, who were called to deal with a boat fire.

‘They were called to the scene at 6.15am – the fire involved three boats outside the marina jetty.’ 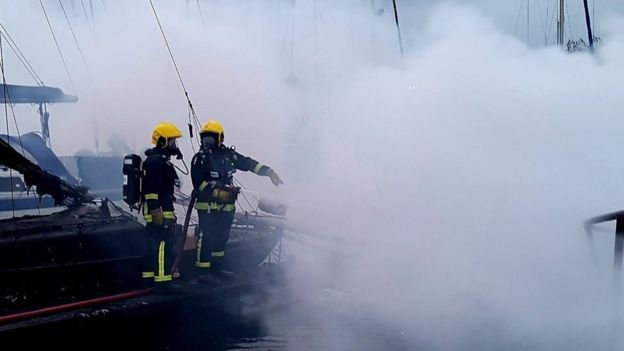 He said: ‘I live behind the marina.

‘My son Fergus was woken by some explosions and we the went to look closer.

‘I think it spread to more than one boat and possibly the pontoon.

‘The fire is out now but fire brigade still there in numbers.’