Sailboat washed up on Sunset Beach for a week 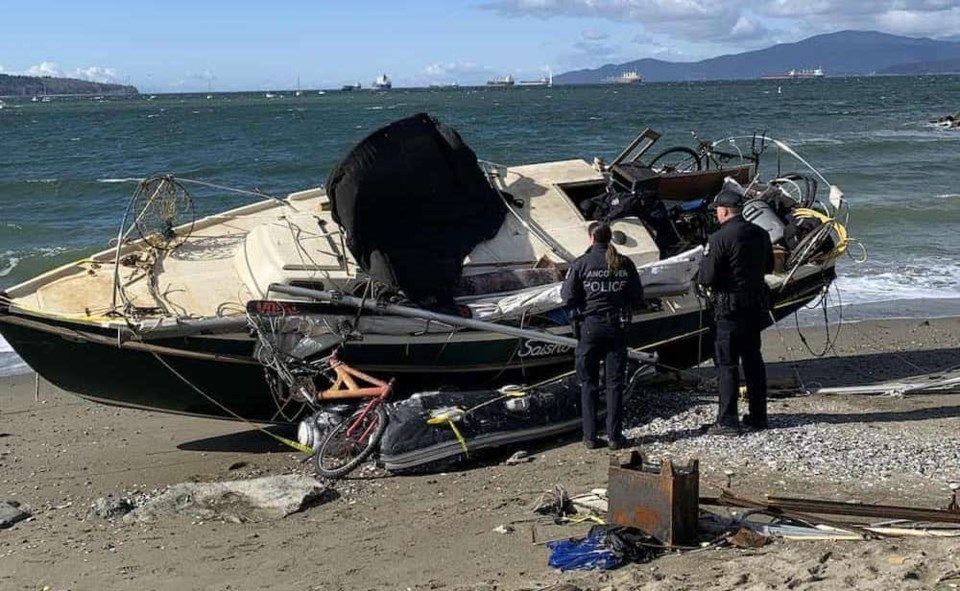 Vancouverites are concerned about a sailboat that reportedly washed ashore

on Sunset Beach a week ago and hasn't been cleaned up.

While it is unclear how the sailboat ended up on the beach, the vessel hasn't been claimed and is attracting looters who are allegedly spreading its contents all over the beach.

Vancouver local John Preissl said that the outboard engine is way up the beach and leaking a "bit of oil and or gas." Further, he notes that waves and tides are making the situation worse every day.

"I have been trying to get it cleaned up since Saturday," writes Preissl. "I have phoned and emailed every agency. I am also a member of the Ocean Protection Program and I still can’t get the beach cleaned up."

"The looters have been taking stuff every day and night and making a mess of the beach." 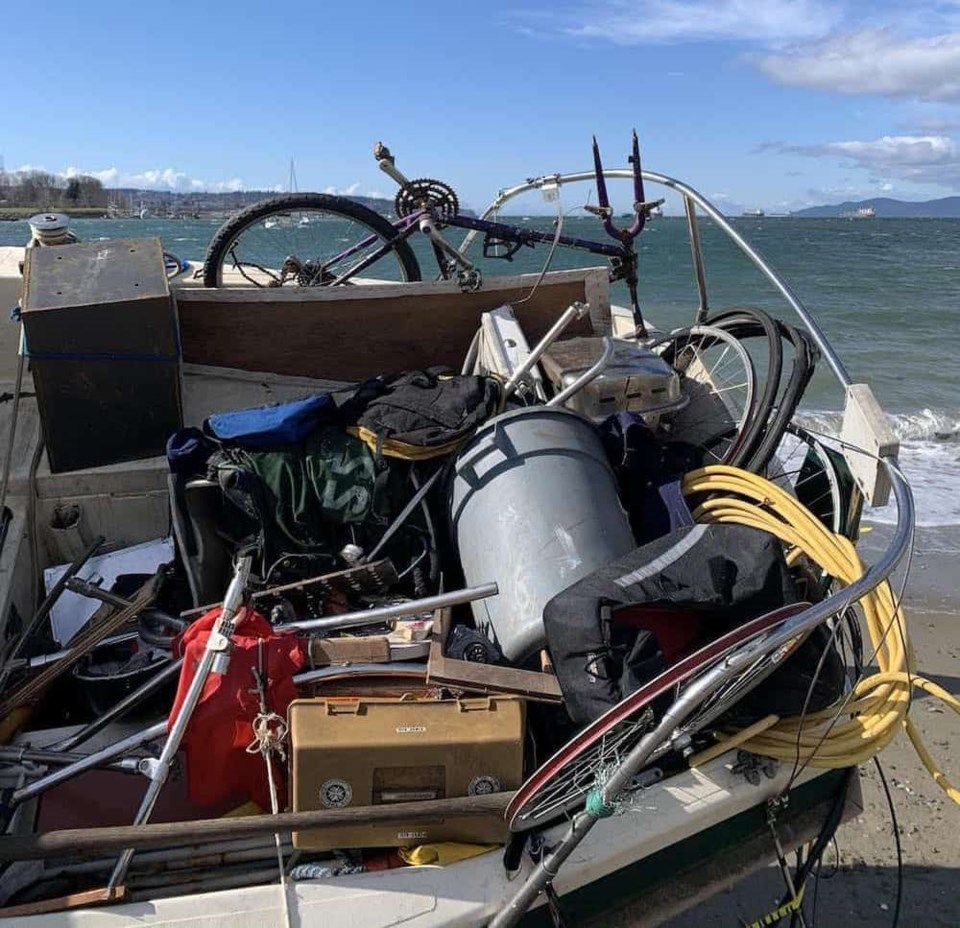 "At the time of the initial grounding following a storm in late February, Coast Guard’s Environmental Response team coordinated the removal of all hydrocarbons from this vessel as a precautionary measure," she writes.

"Coast Guard’s mandate is to respond to reports of marine pollution (e.g.: hydrocarbons). This vessel is no longer at risk to pollute."

Since the vessel is no longer at risk to pollute, the Coast Guard won't be involved in its removal. Imbeau states that the removal of the vessel or personal belongings from the beach is the responsibility of the vessel owner.

Daria Wojnarski, Communications, Vancouver Park Board, confirmed in an email that the Coast Guard is responsible for environment and are generally first to respond to a boat that has washed ashore. After they remove all hydrocarbons, they inform the Park Board and Vancouver Police Department.

Wojnarski adds that if the owner chooses not to take responsiblity for their vessel, they are invited to sign over ownership of it so that the Park Board/City of Vancouver can act on it. However, if the owner is unknown, the boat will be held at Burrard Civic for as long as Receiver of Wreck requires.

"If the vessel cannot be floated the preferred approach is to contact a boat salvage company to have the vessel removed," she adds.

"I’m not sure about the status of the boat on Sunset Beach and have asked staff."