Search for missing sailor from Long Island has been suspended 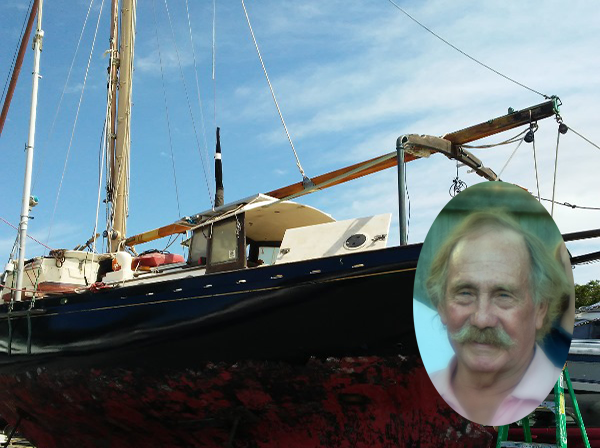 for the British Virgin Islands more than a month ago has been suspended.

The Coast Guard was searching since Nov. 7 for Peter Farrell, 72, who departed Fire Island Inlet with his Rottweiler, Sunny, on Oct. 13 on his 28-foot boat, a 1931 William Atkin-designed sloop built in Huntington, which he recently renamed the Blue Dog.

The search included combing about 300,000 square miles by airplane between Long Island, Bermuda and   Jost Van Dyke in the Virgin Islands. Coast Guard officials told Farrell’s family on Thursday that the search area had become too expansive and the search was being suspended unless they get new leads, Farrell’s sister Adrianne Tesoro of Babylon said.

But the family is not giving up hope, praying that Farrell may have been seen by a passing ship or for any clue that could find his small blue vessel in the vast Atlantic waters. 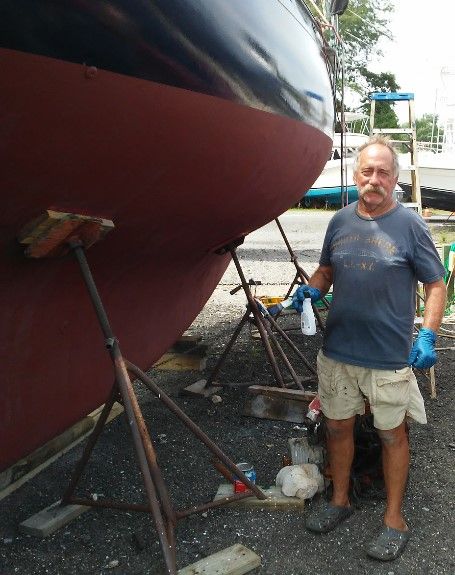 “They put up planes and searched everywhere they can, but the spread pattern of drift is so wide, they don’t know where to look,” Tesoro said. “They have not closed the case. If they get information, they’ll reopen the search. Everyone would love to have a plane up every day to search everywhere, but it’s too large to search. It’s impossible.”

Coast Guard officials could not be reached for comment Saturday. The search was directed by Coast Guard District 1 based in Boston, which maintains offshore search and rescue operations.

Four days after he departed, the Northeast was hit with a bomb cyclone and a few days later Tropical Storm Nestor  moved in between New York and Bermuda. He has survived storms before, including overturning his boat about five years ago 100 miles off the coast of New Jersey.

“He was an expert seaman,” Tesoro said. “If anyone could survive, he can. He never gives up. There’s always the possibility someone hanging on the rail of a cruise ship saw a little blue boat with a red sail two weeks ago and didn’t know someone was looking for him. It’s not a lost cause, not with him. He’s a capable and an amazing sailor.”

Farrell was a local author, who set many of his books on Long Island. He loved sailing in Long Island’s bays  and along the East Coast,  Tesoro said.

“For those of us who live on Long Island, it grabs you. He’s one of us,” she said. “He loved the island, the people and the water. It’s a different life here. All of us forget how special it is.”

Onboard Lifestyle added a video. 17 hours 56 minutes ago

Terence Dins has a new avatar. 20 hours 52 minutes ago