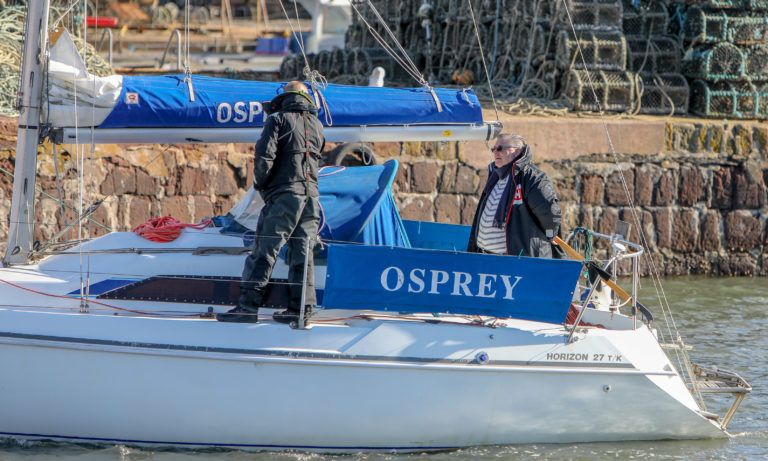 midway through a trial to stealing the 27-foot Osprey from Arbroath harbour in September 2018.

Gould and his partner managed to get aboard the yacht during alternative lifestyle travels which brought them to Angus after two years of living under the skies.

Richard Gould and Vivienne Duke sparked a land and sea operation to recover the £15,000 Osprey after going for a nautical joyride in the vessel.

The pair were said to be following a shamanic existence, an ancient spiritual practice of transcendental energy.

They carried out odd jobs on the stolen boat because they wanted to “show it some love”, before sailing out of the harbour and heading to Montrose.

“He is on a journey with Miss Duke, travelling by foot and they spent two years effectively under the skies,” he said.

“On that date and due to recent bad weather they entered the harbour and stayed on board overnight.

“In the morning they spent three or four hours cleaning it and doing small jobs. They were both of the belief it hadn’t been used for a while and the next essential part is that they want to show it some love and take it out on the seas.”

Mr Rennie added: “In a way it’s joyriding, but instead of taking and driving away a vehicle it’s on the sea. 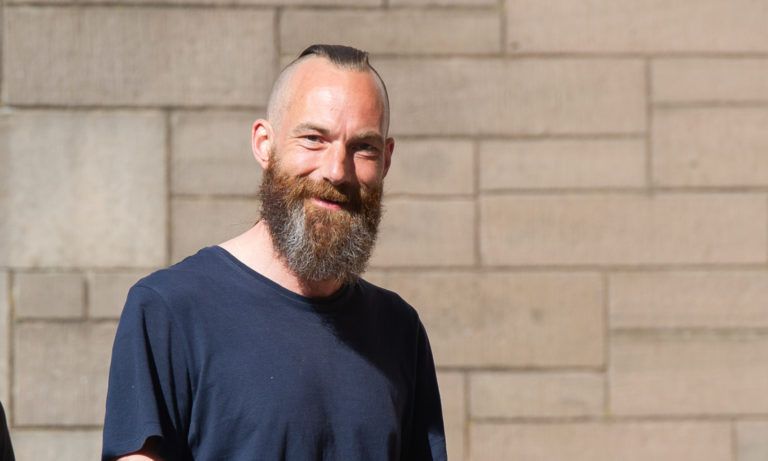 The theft was discovered when Osprey’s Fife owner logged on to a harbourside webcam and noticed his craft was missing from its marina pontoon, triggering a multi-agency recovery operation.

Police and coastguard were involved in a pursuit along the Angus coast. It ended with specialist diving unit officers boarding the vessel near Lunan Bay.

Sheriff Gregor Murray told Gould: “Your intention was to return it after you had showed it a bit of love. 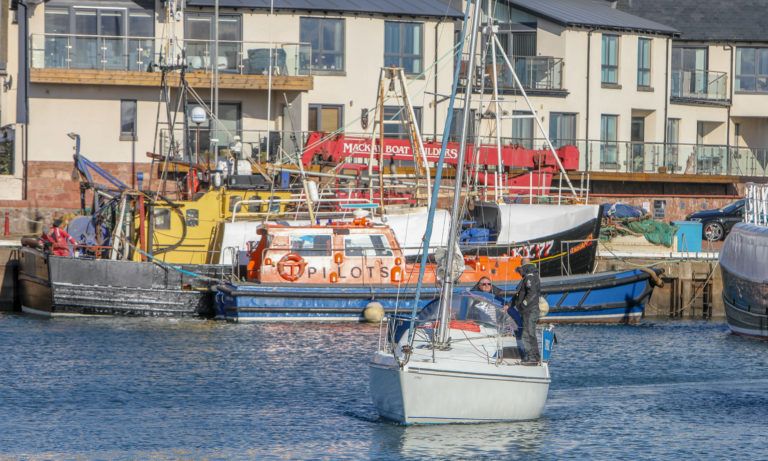 “The options are limited but I will order you to carry out the maximum number of unpaid hours I can without requiring a background report, given the amount of time and effort that’s already gone into your case.”

Gould, 42, of Newton Avenue, Arbroath, was the subject of an earlier arrest warrant after failing to appear to answer the CPO breach allegation.

He represented himself in court at the last calling.