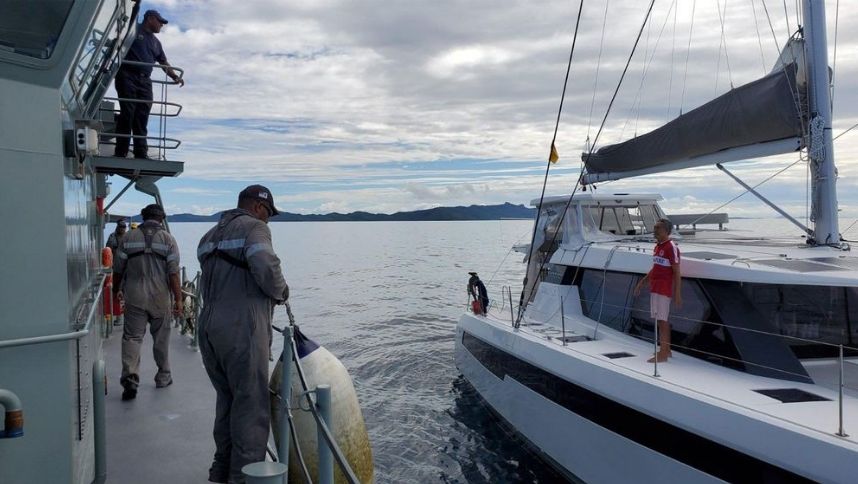 Wong Tetchoong, 59, set out from Singapore on February 2nd

with two of his friends.
But on February 28th his two friends bailed out from the voyage and headed home, fearful of the coronavirus pandemic leaving them unable to return.
But Mr Wong sailed on, and in spite of dwindling supplies and badly needed repairs, he could not get help.

"I sailed to Papua New Guinea from Indonesia because the weather was okay, but when I reached the borders, they were closed so I continued again to the Solomon Islands; it was also closed, then I went to Tuvalu and they didn't let me in, but the Tuvalu people provided me with food," Mr Wong told the News.

"With my travels from Singapore to the different islands and then to Fiji, took me almost two months, I was alone."
For most of this time, his yacht's autopilot function was broken. As a consequence he had to set his alarm for every hour to check he was still on course.

Desperately short of food, he was blocked from making landfall in Tuvalu.
But he was able to string a rubber dinghy to his yacht, so he could be resupplied without breaching social distancing rules.

The dinghy was filled up with a month's worth of food, including eggs, meat pies and a lot of instant noodles.

During this time Cyclone Harold was wreaking havoc across the Pacific Islands, though he was unaware it was less than 1000km away from him.
He was desperate for help when he was rescued by the Fiji Navy.

Singapore's Foreign Affairs Minister Vivian Balakrishnan expressed his gratitude for their help.
"Having realised that the Singaporean was unable to sail into the harbour on his own due to strong winds and currents, the Fiji navy sent a patrol boat to help bring his yacht to shore safely," Dr Balakrishnan wrote.
"The support from our Fijian friends for a Singaporean in need is especially heartening during these challenging times." 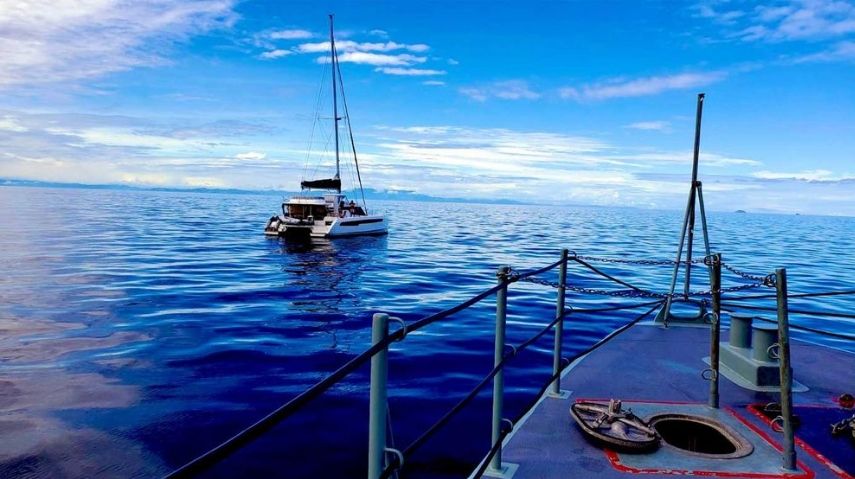 He was taken to hospital in Fiji before being discharged on Saturday. He is now repairing his yacht in preparation for his return to Singapore.
But that homecoming to his wife and children will not happen until Singapore reopens its borders.

There is no indication when that may be. Singapore's coronavirus cases are spiking in a second wave of the pandemic.