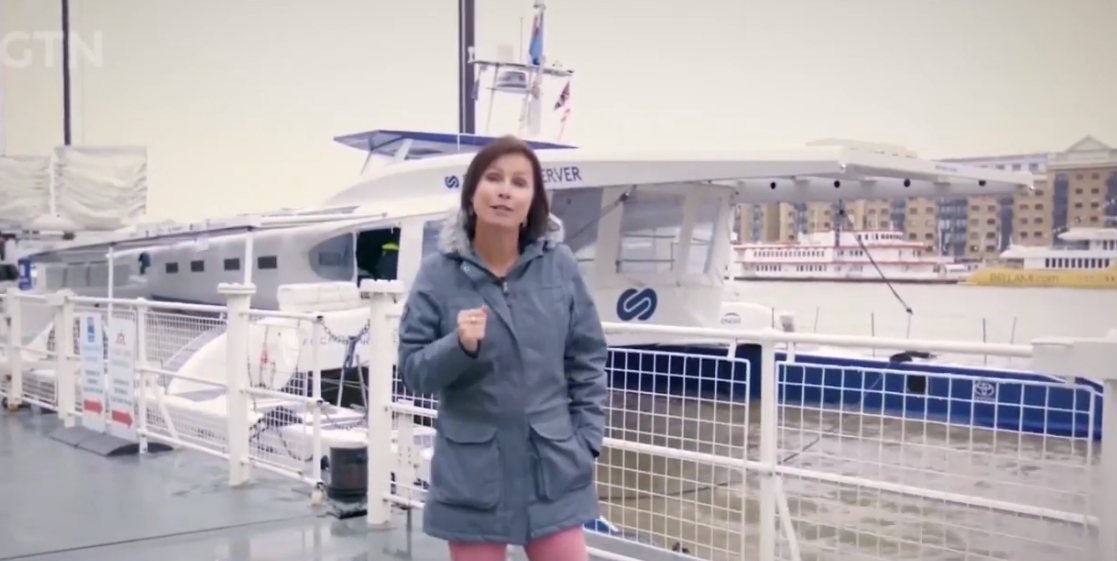 can take to the seas only with solar, wind, hydrogen and battery power.

The 30-metre long Energy Observer catamaran has already travelled 18,000 miles since leaving Saint Malo on the west coast of France.

Renewable energies are known as fluctuant energies which means they cannot always be relied upon. Engineers decided to use hydrogen to plug the gap.

The ship – which has six crew members – relies on approximately 52 per cent of its energy from the sun, 42 per cent from its wings and six per cent from hydrogen.

The vessel itself is 35 years old and already sailed around the world several times before it was renovated with the new technology at a cost of $4.7m (£3.8m).

The Oceanwing sails are 12 metres long and can rotate 360 degrees so they catch as much wind as possible. Engineers hope in the future the sails – which are completely automated – could be put on cargo ships to make them up to 42 per cent more energy efficient.