Some Florida boat residents to ride out Dorian, hoping for the best 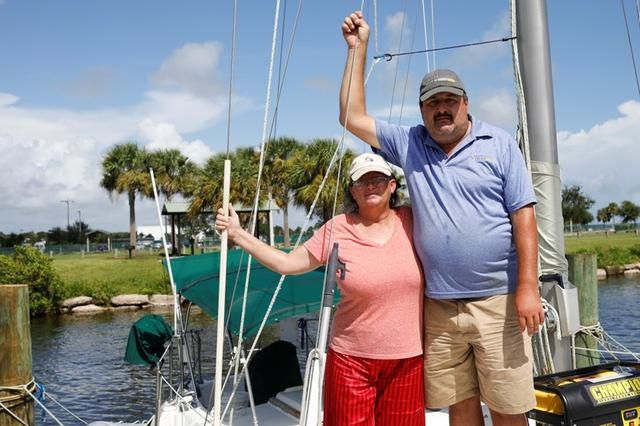 on record was heading for them, having watched the weather radar on Sunday at a Florida marina from the boat they have called home for the past 20 years.

Even so, the couple had no intention of evacuating their sailboat as the monster Category 5 storm churned westward with maximum sustained winds of 185 miles per hour (295 kph).

"I will not get off this boat during the hurricane for any reason at all, save a human life," said Ned, 56. "It's home."

Dozens of Floridians who live in boats in marinas along the Atlantic Coast in Brevard County were rushing to secure their vessels on Sunday, strapping them to docks and removing canvas coverings from decks as Dorian spun toward the state. 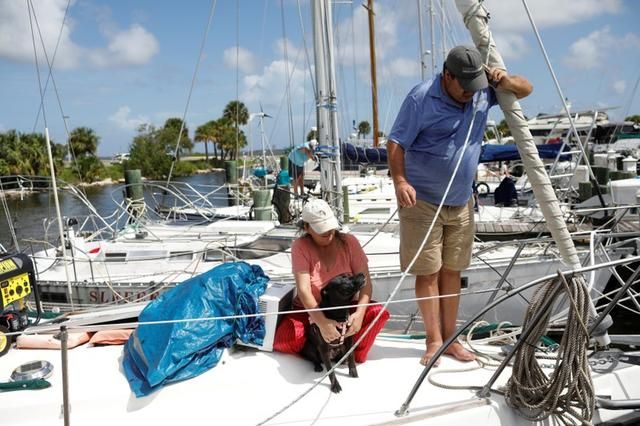 Several boat residents said they had decided to leave their vessels and stay with family on shore rather than ride out the storm, even if they knew their entire livelihoods might have been washed away when they returned.

"When you live in a boat and it's your house, FEMA's not going to do anything for you," said Christopher Warren, who has lived on a boat in the Titusville marina for more than two years and planned to stay at his brother's house 30 miles (48 km) inland during the storm.

The Keaheys, who share their boat with their dog, Princess Leia, and cat, Kitty Bear, said they could not afford to lose their home and felt it had the best chance of weathering the storm if they were present to tend to it.

Millions of people from Florida to North Carolina were bracing for Dorian's possible landfall or for the storm, which crashed into the Bahamas on Sunday, to veer north into the Atlantic Ocean.

The National Hurricane Center said that even a glancing blow from Dorian could bring torrential rains and damaging winds to Florida.

'FAITH IT WILL BE OK'

The Keaheys had stocked up on food for themselves and their pets, and had a 60-gallon water tank as well as a generator and solar panel to ensure the power stayed on.

They lost power twice for about three minutes each time during Irma, which hit Florida in 2017 as a powerful Category 4 hurricane, and they stayed up all night then tying the boat down with lines.

"It looked like we had spiderwebs out on the boat because we had so many lines out," said Lisa, 49. 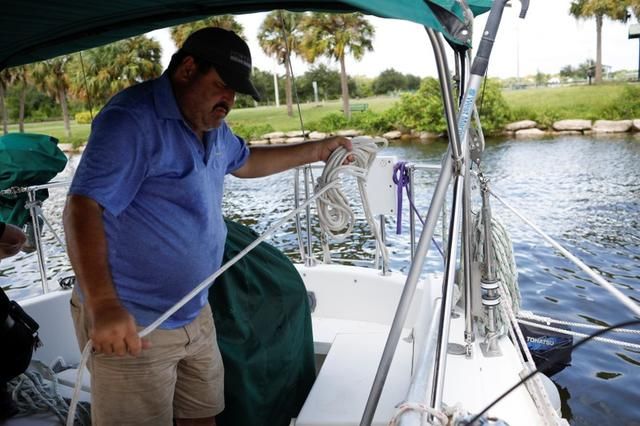 Marvin and Marilyn Foster also intended to ride out Dorian in their boat home, parked in the Barge Canal on Brevard County's Merritt Island. The couple moved on Friday from a condo to their small yacht, called "Current Adventure," to fulfill their lifelong dream of living on a boat.

"We have faith that it will be OK," said Marilyn, 61, who said it would be her first hurricane aboard a boat. 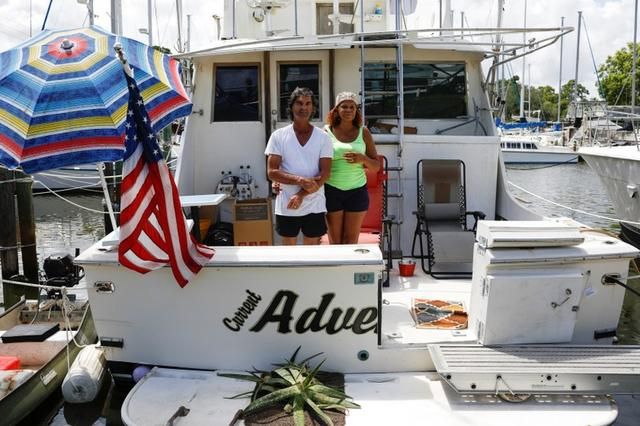 Her husband, Marvin, 52, said he had spent a hurricane on a boat before and knew his plan for surviving Dorian would be the same this time: "Pay attention, have provisions, get rest, stay sober, help out your neighbor." 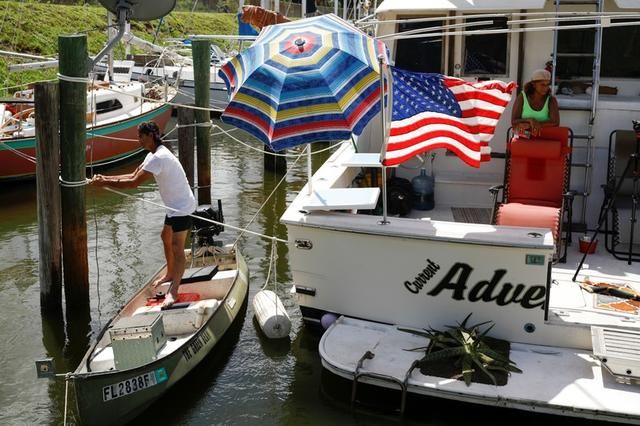 MURAT KIZILKAYA has a new avatar. 14 hours 36 minutes ago

Sailing A B Sea added a video. 23 hours 56 minutes ago

Are your boat batteries balanced?

If they're not properly wired you may be shortening their life span. One of the boat jobs we tackle this week is the re-wiring of our domestic battery bank for balanced charging and discharging.

Plus we dig even deeper into the keel issue and we now think that we have a final solution to make it ALL right again.

You can read all about that in this week's 'his' and...Are your boat batteries balanced?

If they're not properly wired you may be shortening their life span. One of the boat jobs we tackle this week is the re-wiring of our domestic battery bank for balanced charging and discharging.

Plus we dig even deeper into the keel issue and we now think that we have a final solution to make it ALL right again.

You can read all about that in this week's 'his' and 'her' blogs and check out our latest video too. Links are in the first comments below. 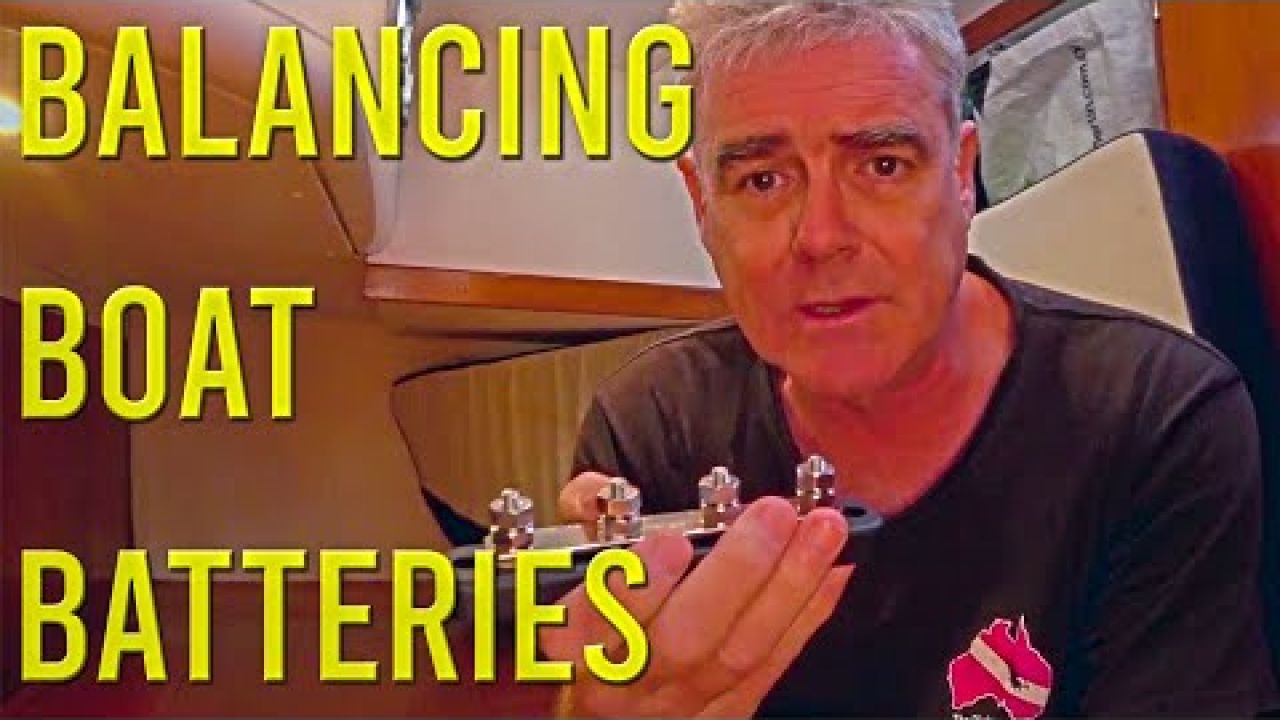 Sailing A B Sea Read His blog here… bit.ly/2M9xfj1

The great battery meltdown of October 2019, which we showed you in video #094, opened up a whole new learning curve about storage, usage and…

Sailing A B Sea Read Her blog here… bit.ly/3ew6wcl

We lost our relatively new batteries in October 2019 when they mysteriously lost their charge.&nbsp; They were newly installed in June 2018 and we were…