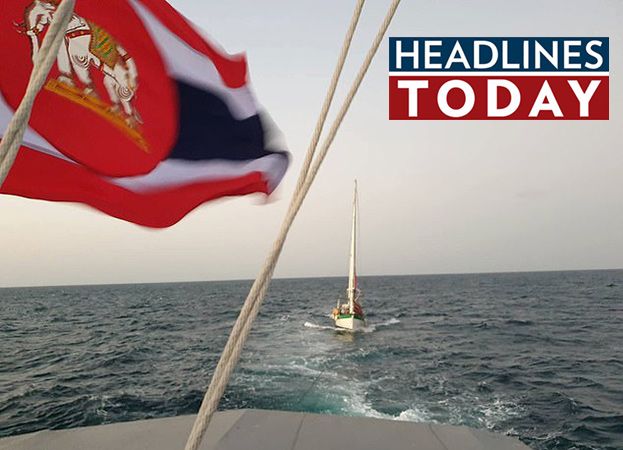 after his yacht's engine failed in a storm and he spent three days adrift in the sea.

Michael Turner, 70, set sail from the west coast of Phuket on Friday and intended to sail round the coast to Chalong Pier on the south east of the island.

But his engine failed and the stormy winds were too strong for him to use his sails.

He was spotted three days later by a passing trawler as he drifted further away from land and was towed 40 nautical miles back to shore.

Mr Turner said: 'I was on the trip sailing alone but then my engine went down and it left me stuck in the middle of the sea. 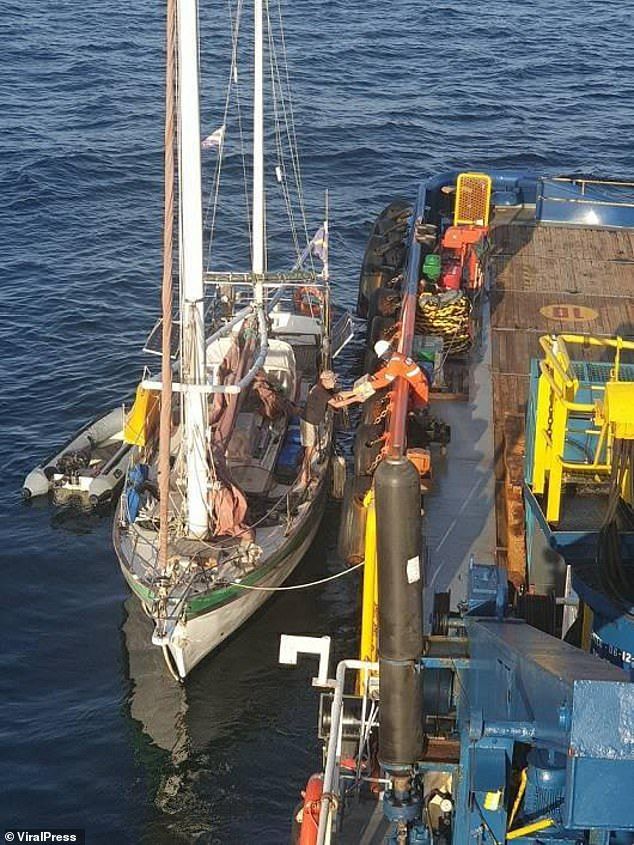 'Luckily there was a passing supply ship that contacted the navy.

'I'm now having the boat's engine fixed and will set out again when it's ready.'

Michael said that he was stranded because he could not fix the engine and the wind was too strong for him to use the sails. He said he had enough food and water to last him six days.

Coast guards began towing him back to dry land at around 11pm on Monday and he arrived safely back to Phuket on Tuesday morning at 9:30am.

Vice Admiral Cherngchai Chomcherngpat, Commander of the Royal Thai Navy Third Area Command based in Phuket, said the offshore supply vessel had noticed the stranded yacht while sailing from Singapore to Malaysia.

He said: 'The navy crew started towing the yacht back to Phuket, and reached shore at 9:30am.

'The wind was so strong that he could not use the sails to come back to the shore.

'Even though he had been at sea for three days, he still had enough food and drink to stay in the boat for three more days.' 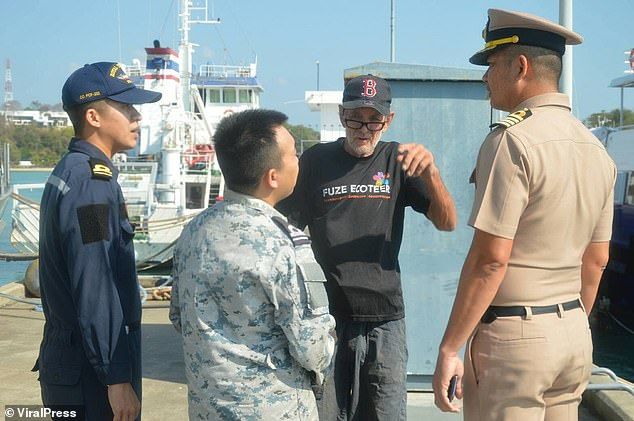 They said in a statement: 'Anyone who encounters a vessel in difficulty should immediately contact the emergency services and the navy will provide assistance.'