Thunberg’s Epic Fail: Yacht Captain Flies From Britain To Virginia to Assist her 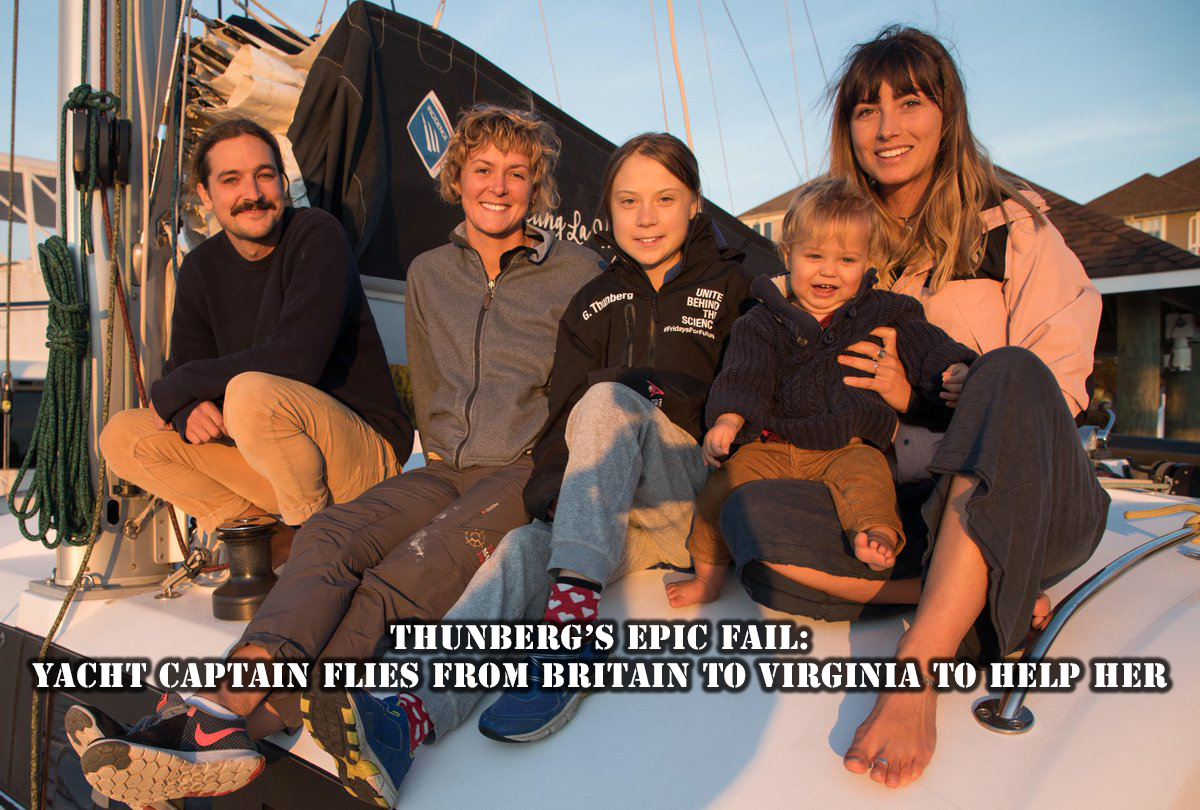 Instead of flying to Madrid, Spain to attend the 2019 United Nations Climate Change Conference (COP 25), Greta Thunberg is crossing the Atlantic in a catamaran.

Her adventure of crossing the ocean from Virginia to Portugal spotlights one glaring fact, though.

The yacht captain who volunteered to sail the teen on her journey flew from England to Virginia, thus canceling out any savings of carbon emissions Thunberg may have managed.

Thunberg found herself in need of transportation to Madrid after the COP25 in Santiago was canceled due to political protests. At the time it was canceled, Thunberg was in California preparing to sail to Chile. She put out a plea on social media for help in traveling to the Madrid location once the conference’s new location was determined.

Nikki Henderson, a skipper in three ARC Trans Atlantic races, answered the call. She flew to the United States to sail Thunberg to Lisbon, Portugal. Henderson canceled any carbon reduction that Thunberg would have accomplished by not flying to Madrid.

This is not the first time a dramatic gesture by Miss Thunberg has backfired. In August she arrived in New York City onboard a solar powered yacht. She traveled from England and had plans to attend a United Nations meeting, as well as making appearances at climate change rallies in various American cities. The yacht, though, had to be brought back to England. That required a two man sailing crew to fly from England to New York to sail back home. No carbon emissions were actually saved by Greta refusing to travel by air.

Greta Thunberg shows no sign of slowing down in allowing the adults in her life to exploit her for fame and fortune. It’s all well and good for her to be at the mercy of complete strangers but imagine the emotional and mental toll all of this will take on her when the spotlight dims, when the public grows bored with her and moves on to the next media darling.

This disclaimer informs readers that the views, thoughts, and opinions expressed in the articles belong solely to the author ( sailing blogger ) , and not necessarily to the author’s employer, organization, committee or other group or individual.

THIS  HOLIDAY SEASON GET THEM A GIFT THAT HAS MEANING