Two charged after Sailboat full of £60 million of cocaine seized 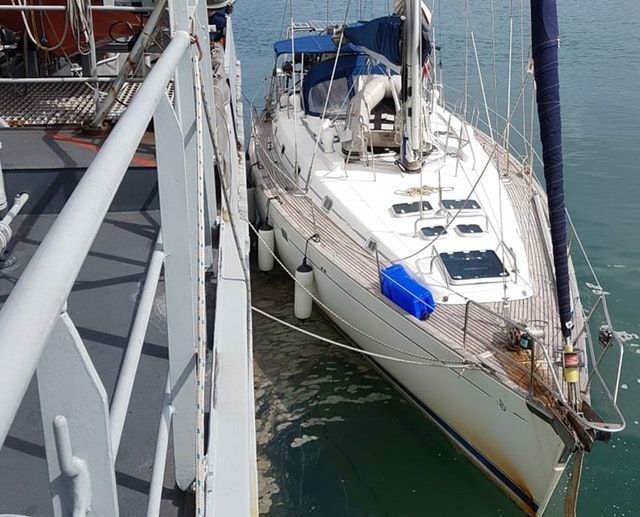 Two men have been charged after a yacht carrying cocaine

with a street value of approximately £60 million was seized off the Welsh coast.

Gary Swift, 53, and Scott Kilgour, 41, were arrested on board the sailing yacht on Tuesday in what is believed to be one of the biggest drugs busts carried out by the National Crime Agency in recent years.

On Thursday, the two men appeared at Haverfordwest Magistrates’ Court charged with conspiracy to import cocaine before they were remanded in custody.

Swift and Kilgour, both from Liverpool, will next appear at Swansea Crown Court on Friday.

Craig Naylor, deputy director of investigations for the NCA, said: “This intelligence-led operation has resulted in a huge seizure of cocaine and the arrest and charge of two men.

“Thanks to collaboration with our partners in Border Force, Dyfed Powys Police and Spanish National Police, we have stopped a significant amount of cocaine from making its way to our streets.”

Approximately 750kg (1,654lb) of cocaine has been seized from the Sy Atrevido yacht since it was intercepted around half a mile off the Welsh coast on Tuesday.

It was escorted into Fishguard port in Pembrokeshire, where it was searched by Border Force’s Deep Rummage team.

Mr Naylor previously said the estimated wholesale value of the seized drugs would be £20 million, with a potential street value of £60 million.

He said: “This is a very high end job – 750kg of cocaine. You don’t come across that every day of the week.

“Certainly in my recollection this is the second biggest seizure that the NCA has had in recent years.”

The operation is the result of a “long-term” investigation by the NCA into an organised crime ring importing class A drugs into the UK from South America.

Mr Naylor said the UK has experienced a rise in violence and drug-related crimes including county lines trafficking in the last “three to four years” and Tuesday’s seizure was part of a “frontline defence” by the NCA to tackle the supply of drugs into the country which fuels the criminality.

Three men, aged 23, 31 and 47, and a 30-year-old woman, were arrested in Liverpool and Loughborough, and have been released on bail until late September.