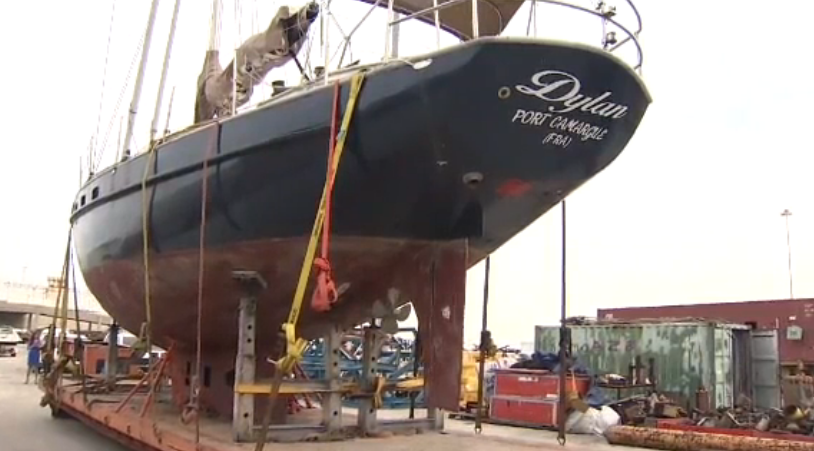 PORT EVERGLADES, Fla.-- As the CBP's anti-terrorism and contraband enforcement team got to work

an initial search of the boat named "Dylan" didn't find a thing but they weren't done yet.

"When we did the inspection of the vessel, we noticed the anomalies on the bottom," said port director Dylan DeFrancisci.

He added: "And we drilled into the vessel here and revealed a white powdery substance."

After cutting into the keel, they ended up pulling out 164 bundles of cocaine that has a street value in South Florida of $7.5 million.

But this haul wasn't supposed to land here. It was traveling from Martinique to Australia. Well trained eyes cutting the trip short.

"U.S. Customs and Border Protection looks at different ways in which people try to conceal narcotics in the United States. And it's usually in vessels like this in areas you would never suspect," DeFrancisci said.

It was certainly suspected by the CBP team who collected 418 pounds of cocaine, keeping the dangerous drugs from reaching our friends down under.

Authorities say if that haul would have made it to Australia it would have a street value of $37.9 million.