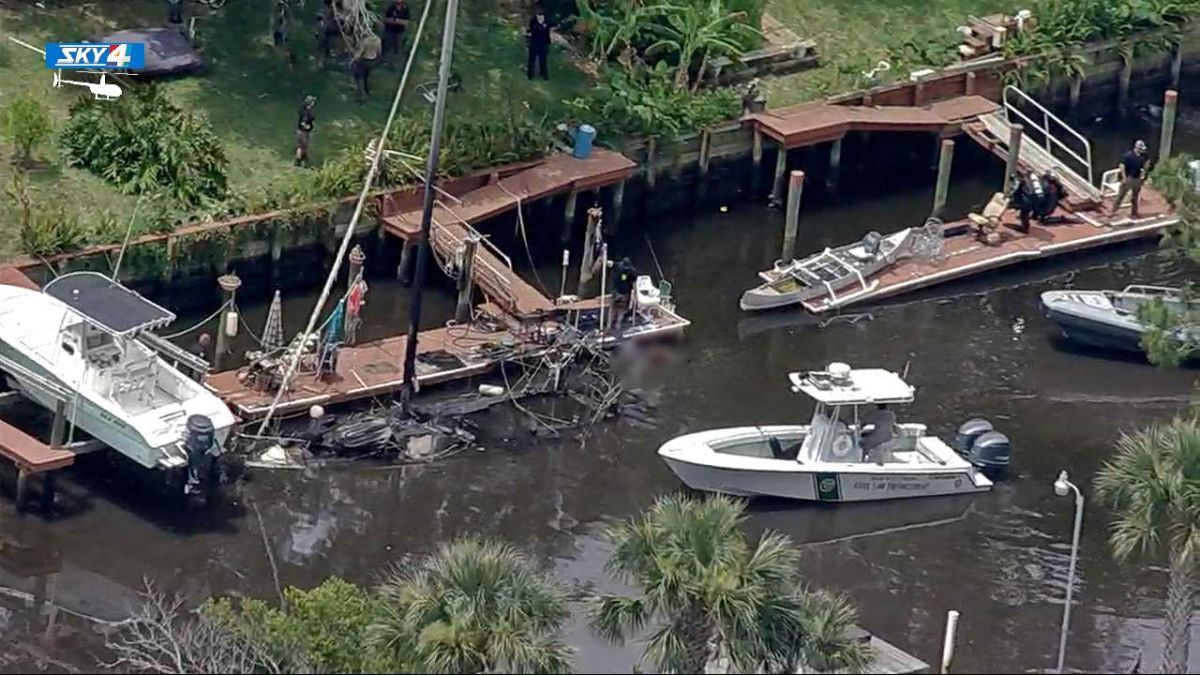 from a canal along Plumosa Drive in San Pablo after a Sailboat fire.

The Jacksonville Fire and Rescue Department said it was originally called to that location  for a fire on a sailboat. Firefighters doused the blaze, but couldn’t find the owner. The boat later sank.

“Believe it blew up in the morning and fire department came, put the fire out. Of course, it was all the way into the water,” said neighbor Louis Stuart.

The case was turned over to the state fire marshal.

“At the time of the investigation, there’s no information to lead that there was anybody else involved other than property damage,” said JSO Sgt. Doug Molina.

“Police were notified by people in the area that a body was found in the wreckage of the sailboat of the area that was previously reported,” Molina said.

The neighbor who called police said he found the body halfway on the burnt sailboat.

Police said foul play and arson are not suspected right now. An autopsy is scheduled to determine a cause of death, according to Molina, and the Sheriff’s Office is working with the state fire marshal to find out the cause of the fire. Investigators said they have an idea how the fire started based on information from neighbors, but JSO would not elaborate on that information.