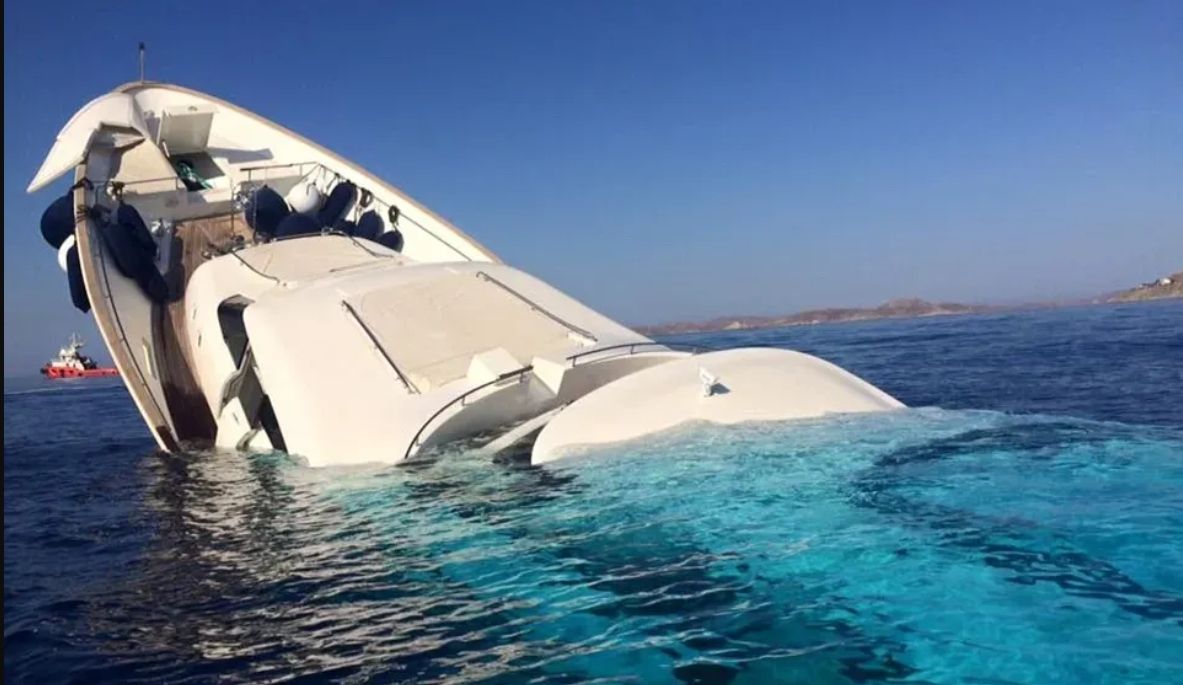 The yacht was cruising from Gallipoli to Milazzo when it began taking on water at the stern Saturday evening.

After receiving a distress call, the Coast Guard dispatched two patrol vessels to rescue the nine people on board, and a tugboat to tow the vessel back to port in Crotone.

The video compilation shows the My Saga, a roughly 130-foot vessel, struggling against the waves before slowly sinking into the water.

The yacht was sailing from Gallipoli to Milazzo, Sicily, on Saturday, local news outlets reported, when it began to take on water and eventually sank some hours later about nine nautical miles off the port of Catanzaro.

All crew members and passengers were rescued and uninjured

The My Saga first reported a problem Saturday after setting sail from Gallipoli, on Italy’s southeastern peninsula, according to the country’s National Associated Press Agency (ANSA). Patrol boats from the Italian coast guard in Crotone and the European Border and Coast Guard Agency (Frontex) were dispatched to the scene.

They found the ship taking on water from its stern. Five people — four passengers and a member of the crew — were initially rescued on a Romanian patrol boat acting on behalf of Frontex. They were then transferred to the coast guard boat and taken to Catanzaro, ANSA reported.

Meanwhile, a towing company was contracted to attempt to rescue the ship. A tugboat arrived and took the four remaining crew members — including the captain — onboard before beginning to tow the ship toward Crotone. But, according to ANSA, bad weather made the process difficult, as did the position of the yacht, which was tilted into the water.

Eventually, the tugboat abandoned the yacht, and it sank into the Gulf of Squillace. The coast guard took the remaining crew members to Catanzaro.

Join soSAILize Sailing Community and share your life with us

Free Advertisement Banner for a week ?

Send Email at  This email address is being protected from spambots. You need JavaScript enabled to view it.