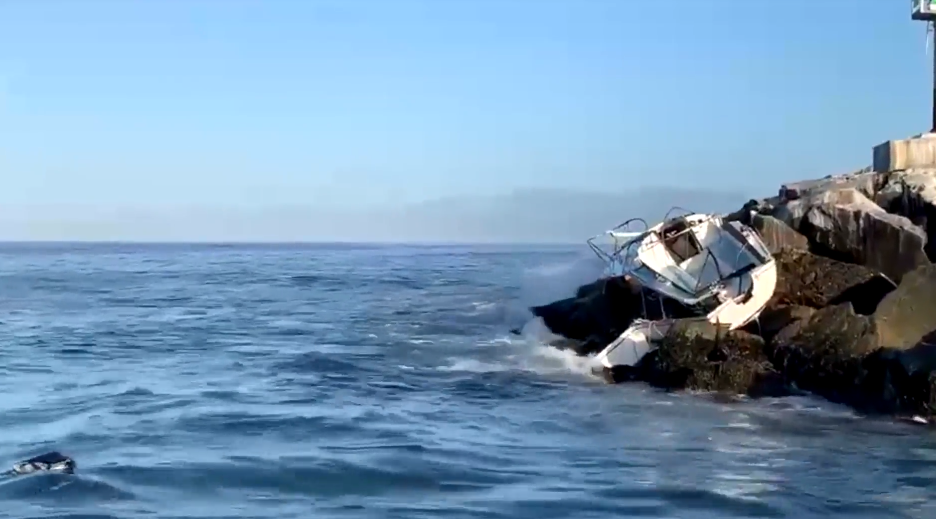 The rescue took place about 7 p.m. after the boat crashed amid stormy conditions and gale force winds on rocks at the breakwater of the marina, according to Los Angeles County Sheriff's Department Sgt. Brent Carlson.

Deputies Josh May and Glenn Maska responded to the crash in a rescue boat, sheriff's officials said in a written statement.

"Deputies May and Maska were able to rescue all three aboard the crashed boat and tend to their wounds while transporting them safely to Marina del Rey station, where they handed them over to waiting ambulance and fire department personnel," the statement said.

The men were bleeding badly from cuts on their legs due to being battered against the rocks by waves, Carlson said. But they did not appear to have suffered any major injuries.