Video: Man lost at sea for a week while trying to sail from Japan to Hawaii 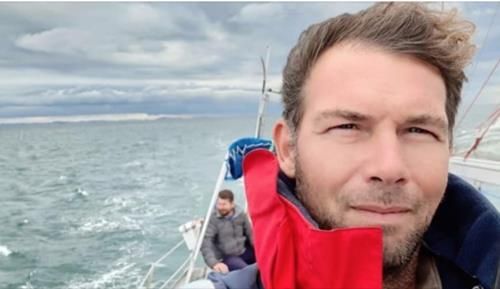 A man — rescued after being stranded in the middle of the Pacific Ocean for a week — is back with his family.

The Pete Brown you see today looks a lot different than the Pete who started a long journey in November.

Along with his crew, he set sail from Japan to Hawaii. But after hitting rough seas, the mast came dismantled, and later a big wave rolled them over.

“The water was coming up, up, up, waist-high and we’re still upside down,” said Brown.

The boat tipped back upright again, but it was damaged. Supplies were low. Eventually, a boat came by, so they threw up a signal flare.

“And then it didn’t see us,” said Brown. “It just kept on going, we were thinking, ‘Oh God, this is terrible.'”

Eventually, they lost all contact and began to fear the worst.

Finally days later, another boat — this time they used mirrors to catch its attention and it worked. They were rescued.

“I was crying, all of us. We were just crying on the boat,” he said.

This video shows the dramatic rescue. The U.S. Coast Guard came and they were taken to Hawaii. Brown says he’s grateful to his rescuers and family and friends from Tennessee who had been trying desperately find him.

“Any time I would look at these messages, I would cry, or just start looking through just the people who were telling stories about me, and a lot of love,” said Brown.

The best part was reuniting with his wife and son who flew in from Taiwan.

But there’s one more thing before they go home — enjoying a little time in Hawaii, just in time for his son to turn eight.