Video : Sailor docks in New Zealand after 3 months at sea to find world changed by COVID-19 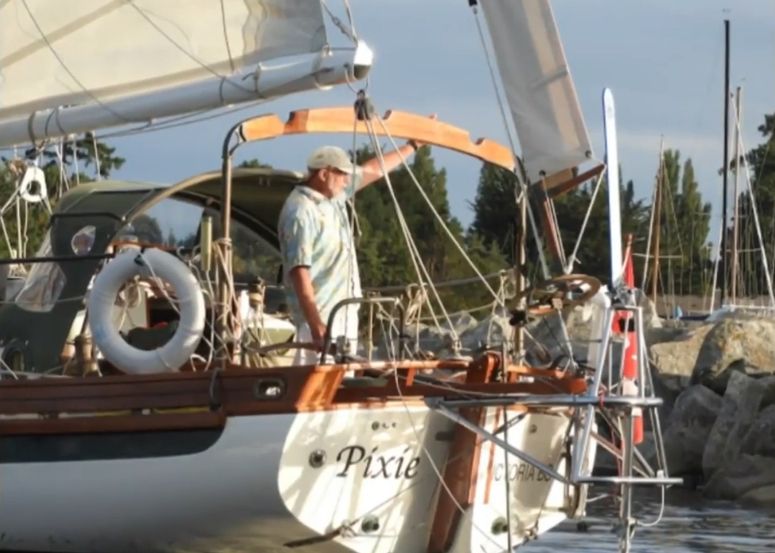 a better job of social distancing than Bill Norrie – the Canadian sailor has been at sea alone for the last three months.

The 67-year-old retiree, whose only knowledge of COVID-19 came from the tidbits his wife shared via a satellite connection, recently arrived in Christchurch, New Zealand to find a changed world.

“My wife said, ‘The jargon is rounding of the curve,’ so now we’re six feet away [due to social distancing],” he told New Zealand News. “So it’s still sorta strange to me.”

Norrie embarked on the adventure in September, sailing around South America, Africa and Australia as he rounded the globe. His last stop was three months ago in South Africa.

When he finally arrived in Christchurch, he said he was surprised to hear harbor officials ask where he would be self isolating for the next two weeks.

“Initially they said, ‘You can’t come here,’ so I was like, ‘Where am I gonna go, right,’” he said with a laugh. “I was the most isolated person on the planet, they didn’t want to let me in. It was too funny!”

Jim Dilley, the local harbormaster, said they ended up letting him go without the usual quarantine period.

“He’s been at sea for three months, by himself, socially distancing, washing his hands, doing all the right things,” Dilley said. “We do have such a good network and a very good health system here, so we can afford that, in an individual case.”

Another sailor, Viki Moore, met Norrie with beer and scones at the dock. A news crew captured his reaction as he jumped off the boat and knelt, touching the ground.

“I never thought it was going to happen!” an emotional Norrie said. He won’t be staying in New Zealand long, however – after a couple days to rest and get stocked up with help from some local sailors, Norrie will begin the long adventure home.