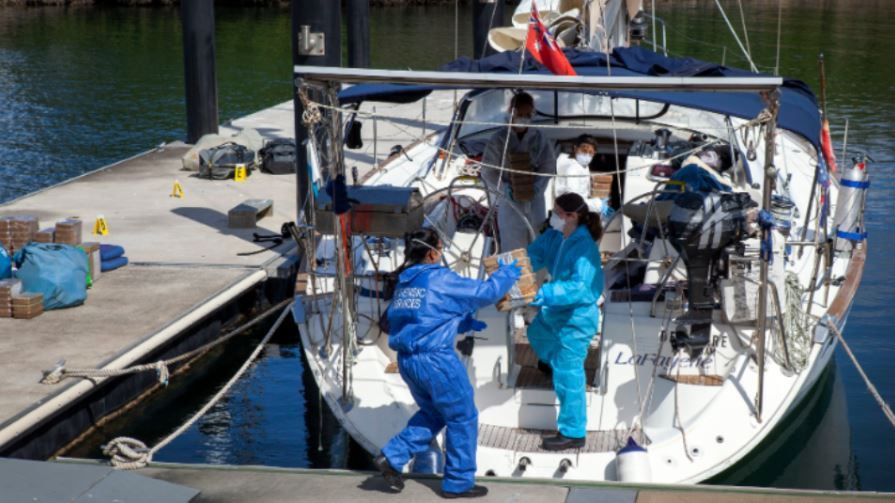 Three men who allegedly sailed one tonne of methamphetamine

from Mexico to waters off Norfolk Island during a failed drug smuggling operation have faced a Queensland court.

The trio were arrested on Friday and charged with one count each of attempting to import a commercial quantity of border-controlled drugs.

Australian Federal Police alleges the three men sailed their vessel into waters off Norfolk Island, before the methamphetamine was loaded onto a yacht named the La Fayette.

Investigators say the La Fayette then sailed toward NSW, where it was intercepted by the water police off Lake Macquarie in April, following a tip-off by New Caledonian authorities.

Carter told the court he had spent six weeks in custody in New Caledonia and five weeks in the Solomon Islands before being transferred to Australia on Friday.

The three men did not apply for bail and were remanded in custody to appear in the same court on August 21.

Two men who were aboard the La Fayette – a New Zealand citizen aged 33 and a dual UK/South African national aged 35 – have previously been charged with importing a commercial quantity of border controlled drug and appeared in court.