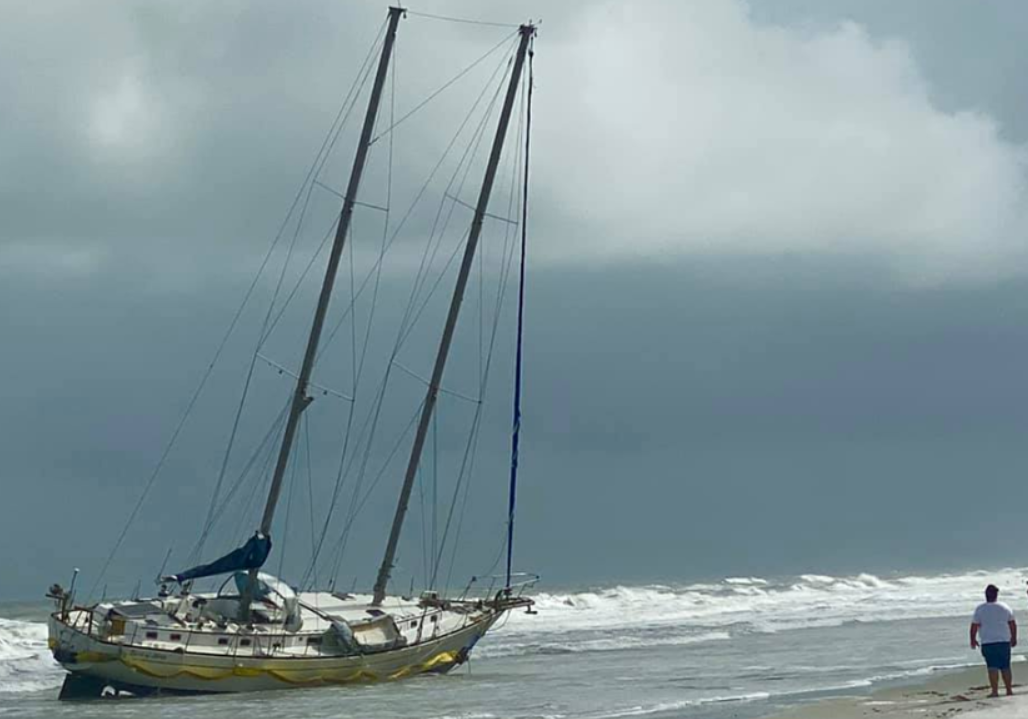 as crowds showed up to take photos and speculate on what might have happened at sea.

Atlantic Beach police posted photos Sunday, reporting a “stranded sailboat” had suddenly appeared at the end of 11th Street, and the Coast Guard was working to remove it.

However, the boat was still there two days later, and photos posted on social media began to inspire increasingly elaborate tales of “the ghost ship” that arrived in the night.

“No one was in the boat when it came to shore!” one woman wrote on the department’s Facebook page.

Police said two men had been on the sailboat during its voyage, and they were uninjured when it ran aground.

Named the Spirit of Liberty, the boat was pushed early Sunday when it lost power a mile south of the St. John’s River, News4Jax.com reported.

“It’s bizarre this never happens,” Denise LaBrie-Woodard of Atlantic Beach told News4Jax. “Most people who live in Atlantic Beach are aware of what’s not normal or common, so we do flock to the unusual.”

Eric Haas of Atlantic Beach said he was eating breakfast when he saw a sailboat “bobbing” dangerously toward shore, Jacksonville.com reported. 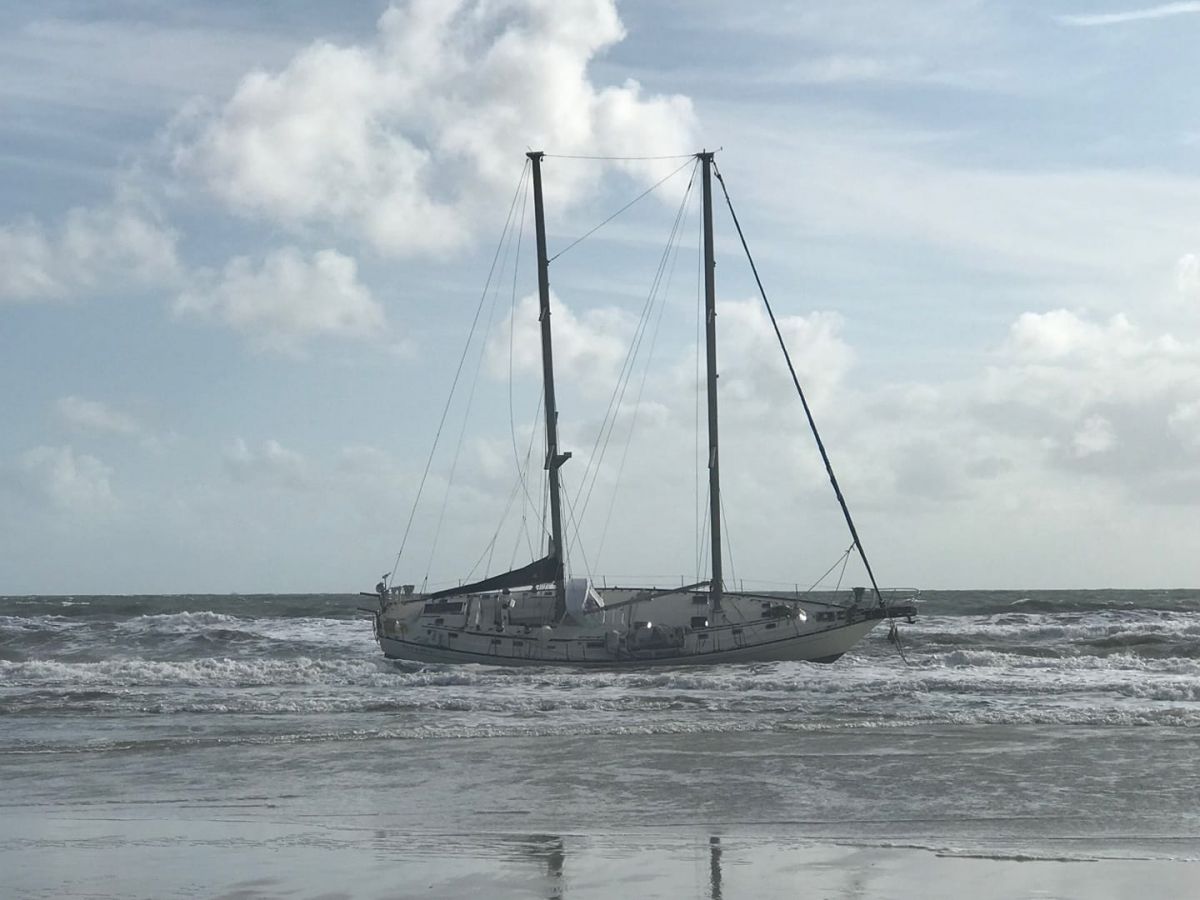 “I thought to myself, why would a sailboat be out in these kind of seas, a nor’easter, with winds we’ve been observing, 20 mph, 22 mph,” he told the newspaper. “I thought they were foolhardy.”

High winds and rough surf thwarted multiple attempts to free the boat as it rocked on its keel, including an instance in which the rope connecting it to a tugboat “snapped,” reported Fox30.

The boat was finally pulled free late Tuesday, according to a video posted on Facebook by News4Jax.com.

Its fate was not reported.

However, a GoFundMe campaign to save the boat was created Tuesday by James Converse of Dawsonville, Georgia, who says it was the first time he and another man tried sailing the “fixer upper.” They were headed from West Palm Beach to Jacksonville to “refit” when a fuel line became contaminated and the engine quit, he says.

Worse still, Converse says thieves stole tools and equipment from the boat during the two nights it was stranded on the beach. “We are homeless at this point and what was stolen from us has also taken away our ability to earn money,” Converse says on the fundraising page.

Lenka Čížková shared 4 photos in the My sailing. album yesterday

Lenka Čížková has a new avatar. 2 days ago